it's been awhile since i've read ANY book... blogs don't count.

i wonder when i'm going to make time to khatam all 4 books in the Twilight series @_@. Significant Other suggested buying the box set while we were in US last time, but many of the stores said they were out. so i improvised... bought my own 'boxed' set - individually bought. lolz.

i just hope i won't throw up reading the book. i'm still not a Bella fan. Edward and Jacob, yes, maybe =P. probably a Renesmee fan, but we'll see. i'd rather wait for the movie than khatam the last book. 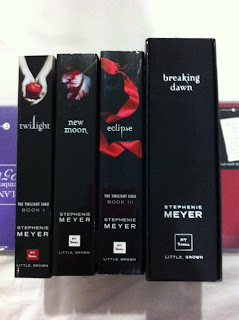 all 4 books
there's another Book i've been trying to look for but until now can't find the exact same one: my sister's Tafsir. it's so cool, it's just the right size, it's fat, and i think the font is still bearable. i've come across a lot of small ones with ridiculously tiny font; i'd need a magnifying glass to read it @_@.

my dad has been pestering reminding me to read at least twice a week. God knows how long since my last, sigh. i must remind myself to do better this year. well, let's hope i'm not just hot hot chicken shyte, eh? 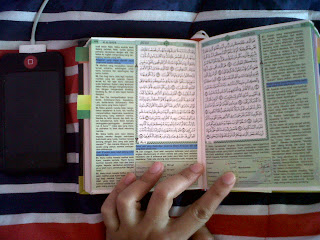 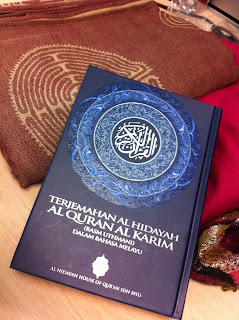 the best i could find. that's Wine Chartres, btw.
earlier today during lunch while waiting for a friend, me and Maz dropped by a couple of shoe stores - Ecco, to compare shoe prices (she just got a pair from overseas, much cheaper i presume than if you buy it here), and since Aldo was just opposite the store, i decided to step in for abit. and fell in love with these: 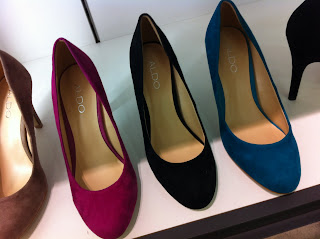 velvet + colorful = i loike!
the height is still within one index finger =P but the price range isn't. so... i can only snap a photo and continue dreaming =P.

p/s. i found out that you can encash a cheque without having to wait the usual 3 days, provided you a) get approval from the cheque issuer (you need an extra signature for that), and b) you encash at the cheque's issuing branch. they'll call up the person who's issuing you the cheque for verification purposes btw.

tomorrow is Federal Territory holiday! weehoo! if you're a territory employee and smart, you would've planned your leave so that you'd have the 1st until the 7th off. aso?
from my rose garden, E`n1x at 3:42 PM