so how was ur CNY? i didn't have to endure the traffic rush because i spent my holidays at home. Significant Other came back for the weekend again, and surprisingly the brother-in-law showed up out of nowhere (and for less that a week pulak tu, seriously that's one express holiday) so the mil was, as expected, super happy to have her bickering family all together under one roof.

mil complained that we weren't bonding even after sitting under one roof, so we decided to haul the whole family to Ikea. and it's under these circumstances that Significant Other then and there starts thinking of getting an MPV for the whole family @_@.

he tells me to sell my car (which is barely 6 months old) and get an Exora.

i tells him, 'what for???! MPVs are only useful during weekends when the whole family is around. IF everyone is around!'.

then i tells him, 'driving an MPV to work is sooo not cool ok. i'd be downgraded to makcik from hot chick!'.

true. whoever drives an MPV i automatically label them as a family person. goes without saying.

=P. and just the other day he was telling me that he needed to keep up with reputation by buying an Audi right after he graduates T__T.

i tells him, 'seriously you'll be too busy painting the skies you won't have time to enjoy the ride. and who cares to even know what car you drive, anyway?'

seriously, if anyone does care, feel free to let me know.

OK anyway, as always we dropped by that mini Ikea cafe for the usual ice cream and curry puffs. the cafe was still chairless, with only tables for people to perch around while eating their hotdogs and curry puffs. the last time i was there, the elder kids were abusing the baby chairs by sitting on them @_@. 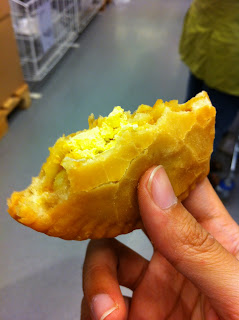 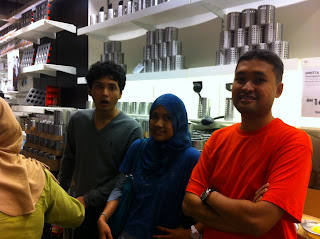 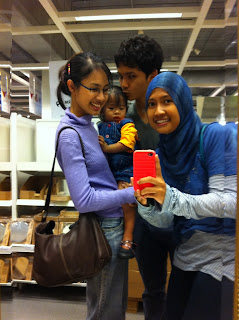 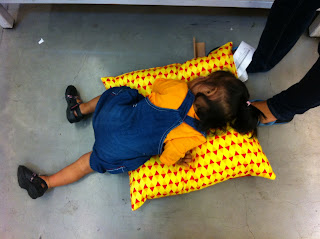 Dinara penat jalan, so she found a pillow and decided to landing kejap
dinner was quite depressing. most of the stores at One Utama were closed for the holidays. pfffft. that's one thing i dislike about this particular holiday. Dayana decided to throw up her dinner all over the floor after running around and coughing exaggeratedly. sigh.

the morn of Chinese New Year, we dragged the whole family to Empire for breakfast. 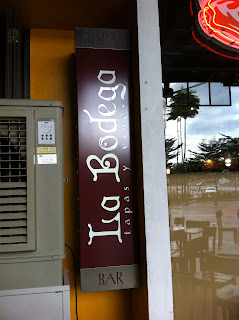 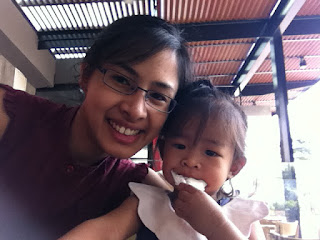 she was so hungry she starting chewing on the sugar packets 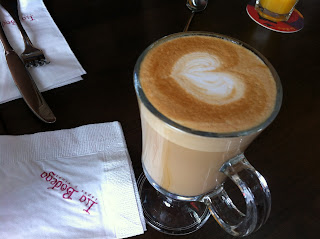 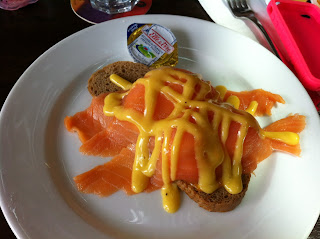 my Eggs Benedict with Hollandaise sauce and smoked salmon 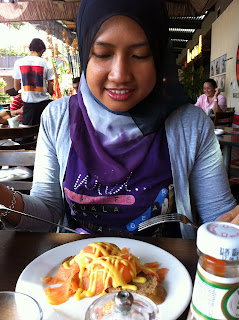 Auntie Enn with her breakfast 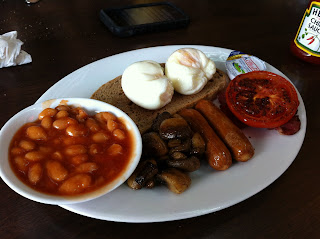 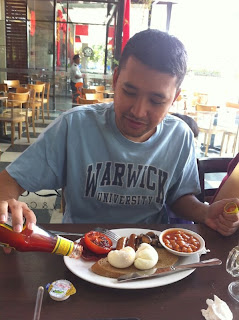 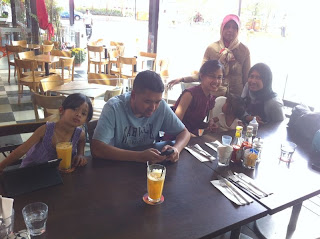 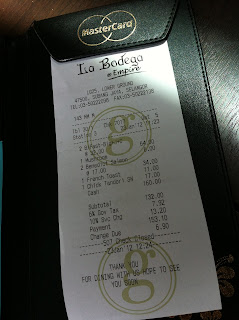 the bill for 5 adults + 2 kids
at 6ish or so dropped Significant Other off at KLIA.

the next day i went to have lunch at my parent's place. i managed to do abit of spring cleaning - getting rid of old bags, old purses, momentos yg kecik2 that i kept for some reason (like keeping the glass bottle of this sparkling juice i had during a lunch marathon with a dear friend), salvaging my old photos, my old letters received from my pen friends, rescuing my stuffed toys, etc.

i also used to have many notebooks which i would either a) sayang nak pakai, or b) i'd write the beginning of my so-called novel, but never got around to finishing it T__T, so there'd be alot of empty pages in the book. so i flipped through them to see which ones i could give my mom for her to copy down recipes (and do sudoku puzzles i expect) when i came across a page in one of my books, in my own handwriting: 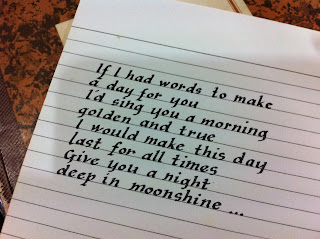 was a big fan of calligraphy
at night we had a mini farewell dinner for the brother-in-law at Chillis. i am such a big fan of salmon, btw. i just don't fancy it smoked because it'll taste weird.