just a little insight of how my custom wraps came to be. i'm only just a sister, i suck at creativity.
it really is a mind boggling process, this wrap weaving.
there's your share of patient or crazy weavers, and then there's crazy fickle minded customers =P.
the weft color you choose makes a huge difference in the final look of the wrap.
and that's not including your decision on the wrap fibers and the weave you decide to go with.
or whatever special embellishments you decide to go with, i.e. tail accents, middle markers, etc etc.

getting ready for school

my not-so-little Dayana will be going to primary school this year. she had her orientation last Monday, seems like i don't need to worry about her wailing for her Mommy when school starts on the 12th.

although i may need to teach her how to go to the loo without getting all her clothes wet - she's afraid she'll fall into the squatting toilet bowl if she's not careful T___T. it would be nice if the school would provide students with a small map of the school layout. i wasn't sure which toilet belonged to which gender when i was there, hahah.

her bestie is placed in a different school from hers, so i guess she's gonna hafta find a new bestie in her new school later on. her kindy classmate Adam ended up in the same school as her though, so that's one familiar face there. she'll find out which class she'll be put into once the school semester starts. 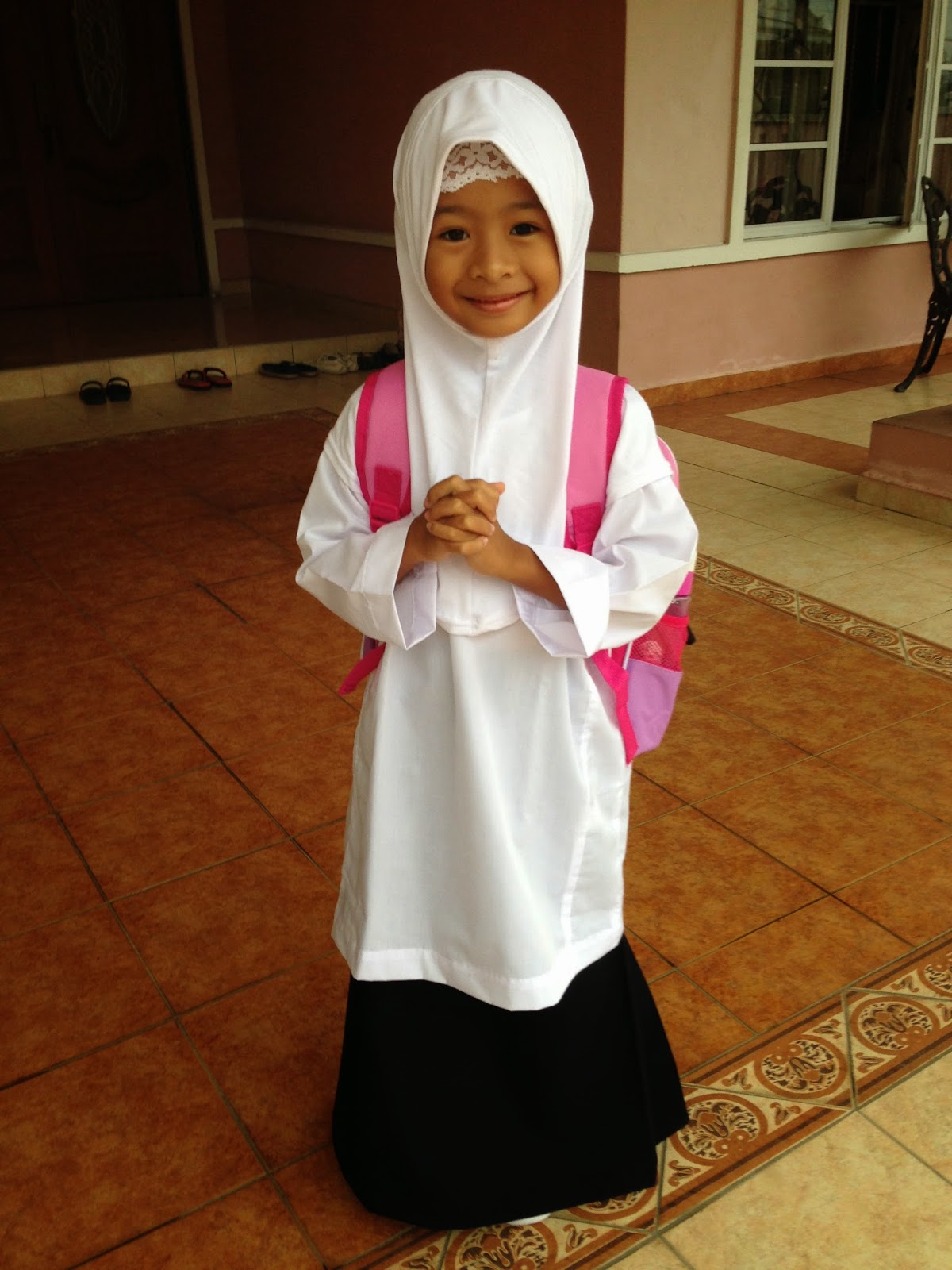 you should've seen all the forms we parents have to fill up. borang itu, borang ini, haiz. it's been awhile since i've utilized my writing skills, literally speaking.

times like these you wish you'd have given your child a shorter name instead of a lengthy susah-nak-sebut-let-alone-spell name, huh? LOL.

being a first-time mom sending a child to primary school, i'm a certified noob. it's not like there's a 101 book on how to send your kid to Standard One for the first time. they don't simply hand out a checklist to inform you on what you need to prepare for your children's schooling (i don't know about how other schools do it, but i had to ask for the book checklist from the book store on orientation day). come to think of it, i had to stop and wonder if the school had mentioned anything about afternoon sessions, lol.

anyway, there's so many things to settle, such as:

- transit, especially for working mommas. like how does she know which one is her transit? what if she gets on the wrong bus? what if the driver can't recognize her and leaves her behind?

- what school uniform to wear, whether you're gonna hafta buy their PJ uniform outside or if they have special school emblazoned ones (the school PJ t-shirt was unfortunately out of stock T_T), how many pairs do you actually need, where you're gonna alter the clothing if your kid can't even fit into the smallest available size, who's gonna sew on their school badges and name tags if you're a sewing-illiterate like me, etc;

- which stationery would be considered USEFUL for your child in school? i've been hanging out at the back-to-school aisles at shopping malls figuring out what the heck should i buy: do they even need pens? are mechanical pencils allowed? wouldn't sharpening their blunt pencils be a total waste of time? did you know there were so many brands for you to choose from???? *rambang mata*

btw, why do school bags end up looking bigger than the kids themselves? #bringrockstoschool

- do we need to buy all the optional books on the book list?


regarding writing her name 1000 times (okay, i'm exaggerating over here) over and over again on each and every book, i had a little help, thanks to this little labelling machine Significant Other bought in Jusco. type - print - stick. that easy.

true, some people would just tempah rubber stamps with their kids name on it and simply stamp them on, but this machine is versatile in the sense that i can even label their class, school, subject, without having to tempah so many rubber stamps just to cater for separate purposes, hee~ (process to poison my friends to buy this contraption is currently in progress =P). i remember i used to have my own rubber stamp too, many many years ago, that was so old-skool. but then again rubber stamps are useful too, provided your books are not the shiny type cover. 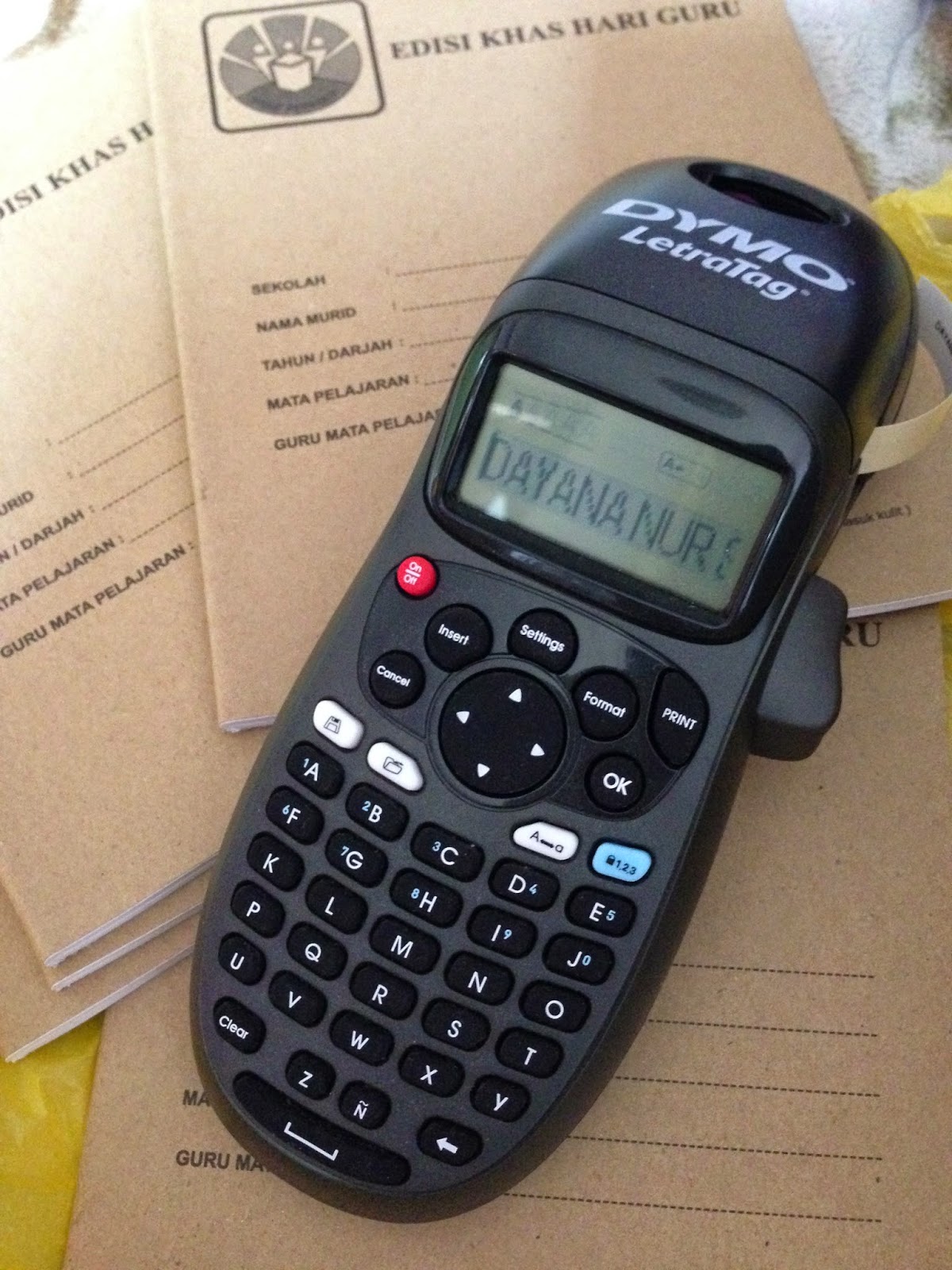 due to the flood situation, the two elder kids aren't due to start school for another week, syok lah diorg...