started the car's engine one fine morning to find the freaking gas indicator blinking at me.
what??? i just fed you yesterday, you fat cow!
clearly rm20 a day for food wasn't enough.
T____________T
why do you people fancy these cars???? they're more expensive than maintaining a teenager! @_@
i'm loving my Insight more and more every day.
my car reeks of cempedak though. or something that resembles the smell of cempedak. anyone knows where i can get charcoal to absorb the smell?

ok enough ranting about cars. that was just the opening act. what i really wanted to blab about is... sil got herself a new car!!!
(finally... after pot pet pot pet about wanting to buy one since OCTOBER last year!).
on her defense, she was patiently waiting for the new model to come out. being a csi-fail, i have no idea how it differs from the previous model, save for the backlights =P.
i came to the house and it was dark already, so no chance to camwhore with the new car. nothing to see anyway. it's a City, it's black. HAHAHAHAHAH. bo-ring.
plastic pun haven't taken off yet. it reeks of N-E-W. 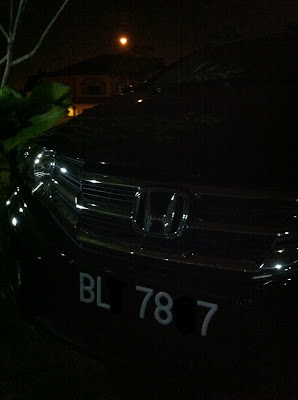 number rojak
she asked me if i regretted getting my Insight.
er, i told her i was all set to get the City... until i test drove the Insight. o-yeah.
now if only my cc was a 1.5...
(btw, i test drove City and Vios, i actually preferred the Vios. i just wish they came up with a facelift or something. i think if i test drove the Prius, i'd get that instead AHAHAHHAHAHAHAH but stopped short upon learning the price). 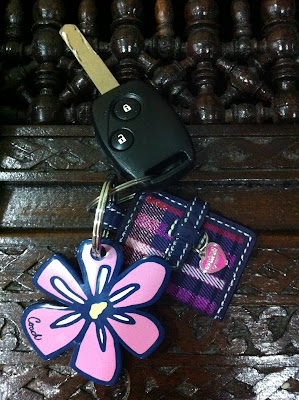 oooh. i WANT that keychain!!!
Significant Other told me to get the new Civic Hybrid. apparently the service interval is 10,000km? i told him i'd get it only if he sold his Civic *mode jutawan*. why would you want to own two cars that look the same? 'bo-rink!' (i imagine my friend Nurul saying it with that tone of hers. cracks me up each time).

anyway, my main intention of stopping by that evening was to drop off sil's birthday present.
i whatsapped her beforehand. 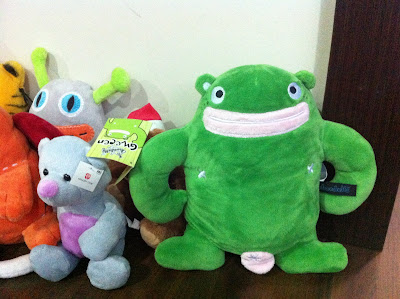 the night i dropped by, fil was just about to leave for Dubai (i didn't know he was in town). everyone was going to send him to the airport. he was grumbling about preferring to take a taxi as he usually does, so i merely told him that the main objective wasn't to sincerely send him off, but to test drive sil's new car on the highway. HAHAHAHHA.

thanks Papa, for the children's outfits. am truly grateful.

sil mentioned later that fil didn't allow her to floor the gas, with it being a new car barely clocking in a decent amount of mileage AHHAHAHAHAH *gelak lagi*.

the next day i dropped by again to stalk baju raya with sil, we drove out in her OLD car, that was destined to be bil's once he obtained his license.
defeats the purpose of buying a new car, aite? told her just that.
she flipped her hair at me (she wears tudung, so no hair to flip) and said, 'i got two cars, you know'.
@___@

just to mention, i sold something else *sniff*.
anyone who missed it, go dibs. i sold it locally. 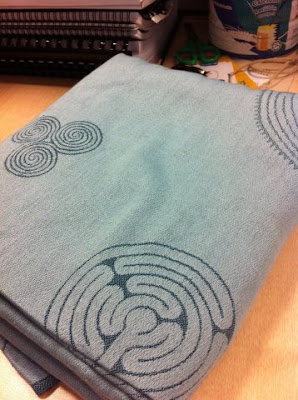 Vat Orkney Labyrinth
this one otoh, will be heading to Australia. 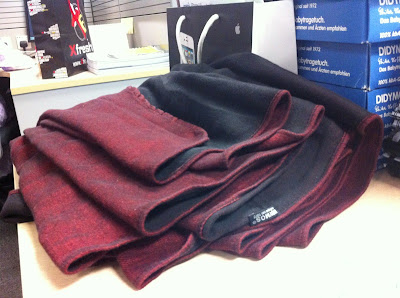 the handsome Stendhal
on another note, my monsters are turning 2 and 4 respectively, and am tentatively planning a small combined mini bash for them. my question is, do any of you know any reasonably priced event planners to organize such kind of things? on a small-scale, that is.
thankz!
from my rose garden, E`n1x at 4:26 AM