not another snow white

sil ajak tengok movie semalam. and knowing me, sapa ajak, ikut je la kan? haha.
we had dinner at Johnny's first before the movie. ade orang tu kempunan steamboat since the last time we went for a movie, the week before we watched MIB3.
just as i got back home, Significant Other called, asking me, 'eh MIB3 ade end bit tak?'
cheh. tgk wayang tak cakap kat i pun.

sil is fashionably late, as always. i think there has never been a movie i've watched with her where i've never missed the starting of the movie, hahahahaha.
so we watched Snow White and the Huntsman.
from the title, i imagined that an army of huntsmen were after Snow White.
mana la tau hunstman tu sorg je. hahaha. 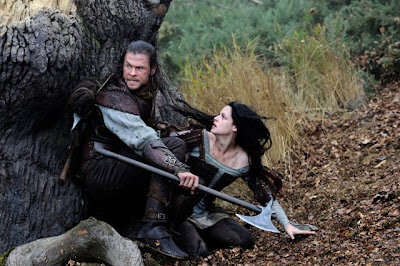 Snow White and the Huntsman. his weapon of choice in my mind mildly resembles Thor's hahaha 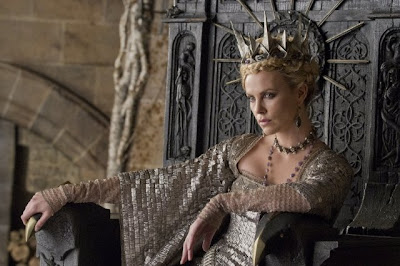 aaaaaaaaarrggghhh evil! but she's so pwiddy it's hard to hate her lol
a dark movie, this one. i only wished there were more romantic elements in the movie, hahahaha. since we all know how the story goes, and since there were two guys in the film i was like, ok, so who's the actual hero? Eric or William?
Charlize Theron is scary. Kristen Stewart does what she does best: dies, then comes back to life, LOL (sorry, but i can't help being reminded of Twilight while watching the movie).
now i'm compelled to watch Mirror Mirror too, another Snow White movie wannabe.