friday night when i reached home Dayana told me she wanted to get something from her school bag. she told me her teacher bagi happy mother's day. punye semangat punggah beg, tapi takde pun. the ex-maid would usually keep stuff she brings home and hands them over to me after i get home from work. i didn't manage to get a straight answer from her when i asked what her teacher gave her to bring back, but i'm guessing it's some form of artwork =P.

so in the morning i asked the maid if she brought back anything from school. she did... it ended up among her toys in the toy box downstairs.

at night while Skypeing with Daddy, she excitedly told Daddy about her day, about how she managed to squeeze a Dora straw bottle from me (chis), the Mother's Day balloon her Wan received from the neighbor, and also showed off the card she brought home from school. then she asked,

i spent my Mother's Day at Fabulous Mom in Cheras, for a babywearing gathering. hosted by Norley, topic that day was about SSCs. great turnout i must say. so many newbies i could barely keep track of who is who (sorry yek! mak dah tua). the kids had fun, i didn't have to pay a single sen for them to stretch their legs, they had the other kids for company, and i didn't have to worry about them wandering off (save for the occasional memunggah barang kedai @_@).

photos courtesy of Elly and her new lens... =P (and the group photo belongs to Farid). 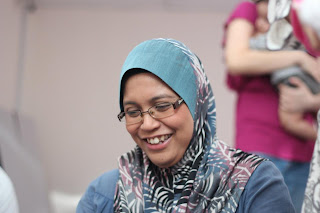 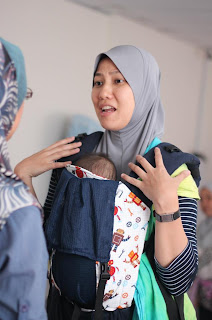 the one interested in SSCs - topic of the day 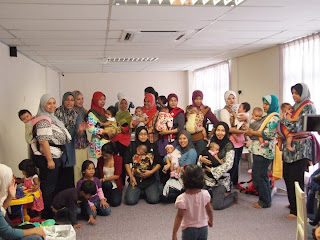 the group photo... anyone got a better one?
and the following are OTs: 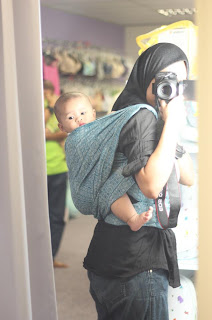 the one that left for a new owner 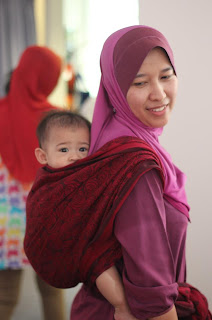 the one that made everyone want one
me and sil brought mil out for dinner at Muhibbah. i got lost going there ever since they upgraded the road traffic flow just past the turning into Ikea @_@. the kids were famished kot, Dayana managed to finish her own plate of rice, lauk ikan je. sil ordered soo much food, i started to wonder how many people did they budget for hahahah.

and i managed to get some sleep last night =)

at times when she's in a good mood, Dayana's the perfect older sister:

- my mom found Dayana one morning in bed, singing Alif Ba Ta to Dinara
- yesterday i found Dayana helping Dinara wear her sandals (didn't matter that she wore them terbalik and the velcro were all lopsided, it's the thought that counts)
- i can rely on her to hand things to Dinara while they're in the backseat and i'm driving (although tak leh nak buat apa la if they decide to berebut barang)
- helping Dinara refill her drinking bottle by telling me 'adik nak summore Ribena' padahal adik dia tak heran pun
- likes to tattle on her sister =P

i noticed ever since she goes to school in the morning, she speaks more Malay than usual. i need to speak more English with her @_@.

oooh btw, mil just came back from UK, guess what she got me? 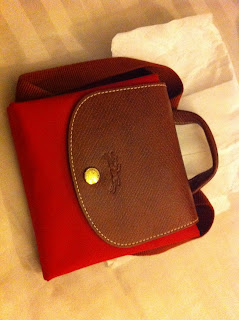