the impulse trip up

it was an impulse trip alright. Significant Other heard from a friend of his that there was going to be durian fest at Genting, so on Saturday the whole family was bundled up into the car and brought up to Genting Highlands. woohoo. we got Fahmi & Johanna to tag along too :).

for starters, the only info we could find was the poster shown below. and when i called the number written towards the bottom of the poster, the person on the other end knew nuts about what was happening, nor could she answer any of my questions. bahhh. 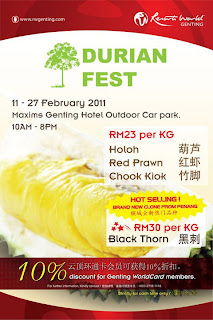 another thing which was disappointing was that on the poster it wrote there 10am-8pm. we arrived there about 11ish, and nothing was there. so i asked a guy there who was busy setting up tables and such, he told me to wait until 12.30pm. so ok lah. we went to McD to share a meal between us as the prices are literally to die for.

but when we went there again for the second time, there were only two measley stalls set up and one stall when i asked they told me they were already sold out. wth? you couldn't even call it a fest, it was soo measley to begin with. contact numbers were printed on the banner that was erected AT the fest, which kinda defeats the purpose considering people would have wanted to know more about the fest before actually coming to the fest, don't you think? whatmore the time stated there was from 10am-8pm. not only did the durians arrive late (in limited quantities too) but when i left around 5.30pm the area was already totally deserted. 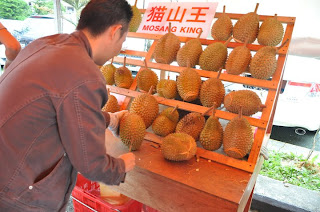 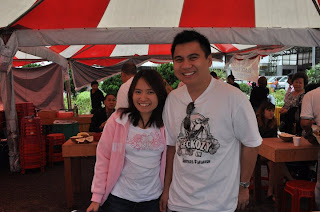 fahmi n jo
since we were already there, we bought tickets for the indoor park as Dayana didn't meet the minimum requirement for most the rides, be it outside or inside haha. i think this was my first time playing the indoor rides, usually before this it was either simply sightseeing or going for a ride or two if we had to hang out indoors, haha. 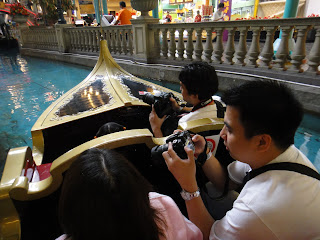 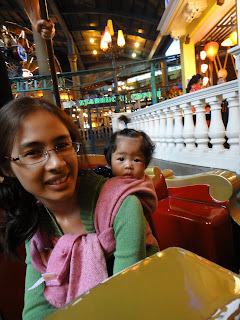 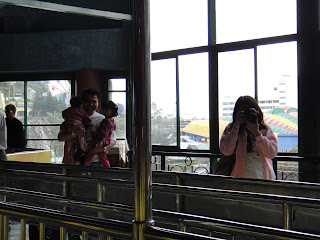 future parents in the making =D 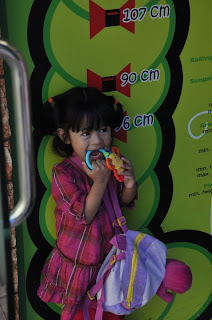 too short to meet the minimum requirement 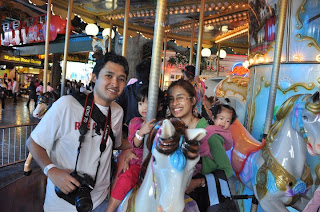 us!
Dayana seemed to be expressionless whenever she got on the rides, i got no idea why. hahah. pics to be uploaded later as usual =P. i wore Dinara using Rosey Moss. surprisingly this is the first DH-approved wrap among all the others that i've brought home and tried. seriously. i was surprised myself. i wonder if it's because it's pink =P~~~ 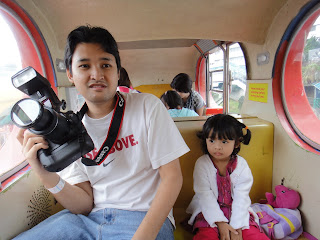 expressionless macam itu all the way
then later... rush back to KL... left the kids with my parents... and off to a wedding smack in the center of KL T_T: 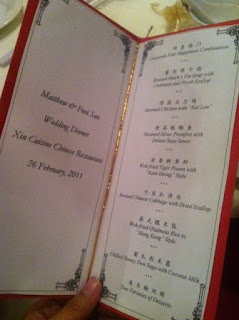 the bride looks lovely as she always does... (Significant Other kagum that she's sooo tall hehe). thanks so much for inviting me :D. this would be my 3rd chinese wedding dinner i've ever attended (second one being Norm's, first being Justine's). the only tiny part of chinese weddings that i'm not too fond off is that you can't take your own sweet time on each course. before you know it they'd be sweeping off all the dishes off the table and you need to finish up what's on your plate for the next course. hahahaha. chis.

on Sunday we zipped off to Ikea to prepare SR for its new tenant. i finally had the opportunity to try out the oven, roasting pre-marinated chicken i bought last minute. wish i had abit more time to enjoy the unit. staying in your own home has soo many +ve sides, the vibes you get is more energetic too. heehee. but we need the moolah since budget this year is really tight so rental it is then.

hopefully murah rezeki this year. i dunno about you but this year has already started out on a roller-coaster for me @_@.

wrap? you mean the Azur? lol.
btw, my posts have been nothing but mindless raves in my mind hahaha. i'm just happy my blog hasn't turned into an advertising blog. it's a shame that some blogs eventually turn into that. they no longer have that personal touch that makes me wanna come back for more.