one craze follows another. i'm not a dolly person. well, i used to be, i think. when i was younger i had a number of barbie dolls at home. but i also remember that i stripped their clothes off and subjected some of them to a number of horrendous haircuts, which to me come to think of it, seemed like pure torture... oops.

well, at least i didn't tear off their limbs or stick needles into them like they do sometimes in horror movies. hahaha. i didn't really keep them properly because my sister used to steal them away from me. biasalah, whatever the older sister does, the younger one pun nak buat sama... which gets me to think about Dayana & Dinara and the time when they're at that age when they get efficient in bickering at each other, hahaha).

i received quite a bunch of stuffed toys throughout the years while growing up, but only a few became my favorite. i still have my stuffed bunny rabbit i used to have when i was young. it wore a purple swimsuit, i think i named it 'Sandy' (swimsuit = beach = sand = get it?). i went to bed with it every night. even brought it along with me whenever we balik kampung. i faintly remember one time my rabbit looked sooo greyish and dull that my uncle Pak Itam threw it into the washing machine, and it came out putih berseri hahahaha.

i don't look like a stuffed toy person, so i rarely get them as gifts. i'm not a flower person either btw. i hate that they don't last and start to get this weird smell after they wilt and die and they start to decay. ugh.

i remember a good friend of mine once surprised me with this gigantic Mashimaro outside my hostel window during my college years. bapak punya besar, it took up 3/4 of the space on my bed. in defense, when i say 'teddy bear', a mashimaro does not fit the bill. kakakakakaka. i think it eventually went off to live with one of my cousins.

Dayana hasn't shown her fondness for stuffed toys yet, but she loves her Mickey Mouse her Daddy bought her during one of his trips overseas (which i think he actually bought it at the KLIA airport kakakaka). when she was younger she used to regard Mickey AND Minnie as Mickey. Mickey is Mickey, Minnie pun Mickey. she drags it around until the ears almost tercabut. i tried sewing it back, but with the noob skills that i have my sewing came apart not too long after -.- then one day at Empire she saw Minnie being displayed at a makeshift booth and demanded she wanted that one too. at this time she could already differentiate between Mickey and Minnie. haha. cannot kelentong her already, sudah smart, this kid.

anyhoo, i just wanted to crap about Bambolettas and Dragonfly's Hollow (this is one kewl name, eh? sounds spooky and reminds me of the Charmed Ones, hihi). if you're a doll fan and would like to get a unique doll of your own, then these two should make wonderful additions to your home. i fell in love with them at first sight. but one thing turned me off abit for me to get one.

problem is, you can't find them at stores. you need to wait for listing, then you gotta berebut with everyone else to snag them once the list is up and running online. if you're too slow or have a lousy internet connection, then too bad for you. hahaha. ok that's just me being pessimistic. any listing that works this way i confirm tak dapat. i was never that lucky to get anything first time round, huhu.

anyway, since they're actually handmade with natural materials that are safe for your children (both Bambo and DFH i think, i gotta find out more later and i'll update soon wnough) so each of them are unique in its own way. they are also available in 15" height :O and because of that, they're not cheap to begin with. but they're worth it if your little one is into dolls. actually, it doesn't matter if you yourself is the one jakun over these dolls. they're really really really pretty to begin with (the girly side in you can never resist cutsey-pie things, can you? lol i'm talking on a woman's perspective ok, if you're a guy and reading this (and getting bored to death with this post), you're better off going gaga over Transformers or something keke).

for more information on Dragonfly's Hollow, you can go here. operating from the States. 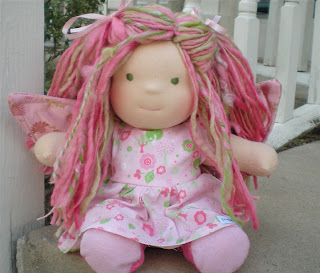 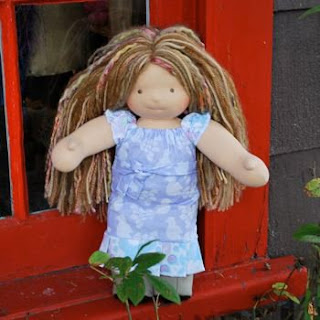 source: Bamboletta FB fan page
or you can also look them up on Facebook (everything is about Facebook and Twitter these days... hmmph). lol. i'm just writing this post just for fun, mainly with the hopes that Dayana will one day be into these type of dolls so i have a reason to stalk their listings =P. i know a friend of mine is currently being enabled over these dolls. for now stalking them is just too taxating for me, i'd rather stalk that silk indio i raved about earlier.

another thing i don't like about these type of products is that since they're not available in stores, the resell prices can skyrocket and can even be auctioned off at ebay for an arm and a leg. i kind of find it abit of a turnoff that way. ntah la, that's just me. i'd rather have it that everyone should be able to own one and not have to pay htf prices, which is sometimes just ridiculous even for just a doll, for God's sake.

but then, the world is unpredictable and crazy at times. heck, i read in the paper that someone was willing to waste 100k on a bloody car platenumber. what for????? will you be sleeping with the platenumber? sometimes people have too much money to begin with they just don't know what to do with it. haha.

if i was able to turn into a doll, here's what i wish i could look like =P: 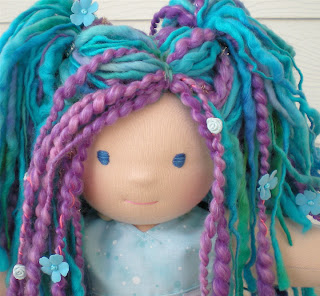 source: Dragonfly's Hollow FB fan page
ok i'm off to lunch. i'd better write whatever i can while my brain's still wired up :D. today Mothercare is on sale, i need to get teats for Dayana because she has managed to ruin every single teat on her bottle -.- (to begin with, i have never replaced her teats before this, punye la kemut hahaha).