so last weekend after Dayana's swimming class, we decided to drop by Pizza Hut for lunch since the Daddy was tied up at the simulator for the day. i texted Aida to see if she was at home, she stays about 10 minutes away from us. she replied she was at home, having just had lunch so we could drop by if we wanted to (chis if she had answered my text earlier i would've just barged into her home for lunch instead bahahahahah).

so we had our pizza first before heading over to her house. we ordered the set for two persons, because the personal pizza set was not enough for the three of us =P. the kids (plus me) love the soup at Pizza Hut and we'd usually end up fighting over who gets to dip the breadsticks in the soup (norley i demand you gimme your mushroom soup recipe!). i let Dayana choose the pizza flavor, she chose beef and mushroom. 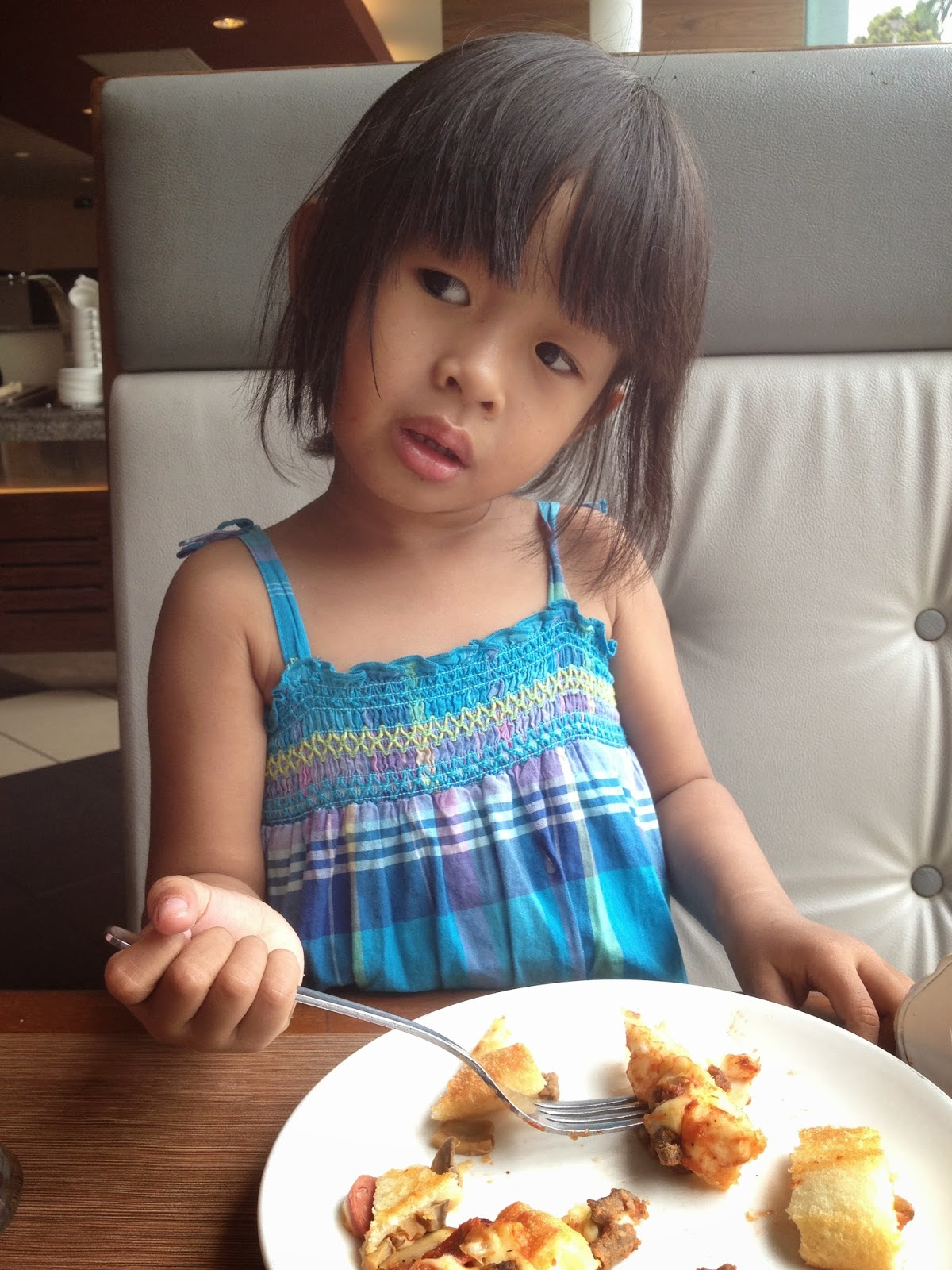 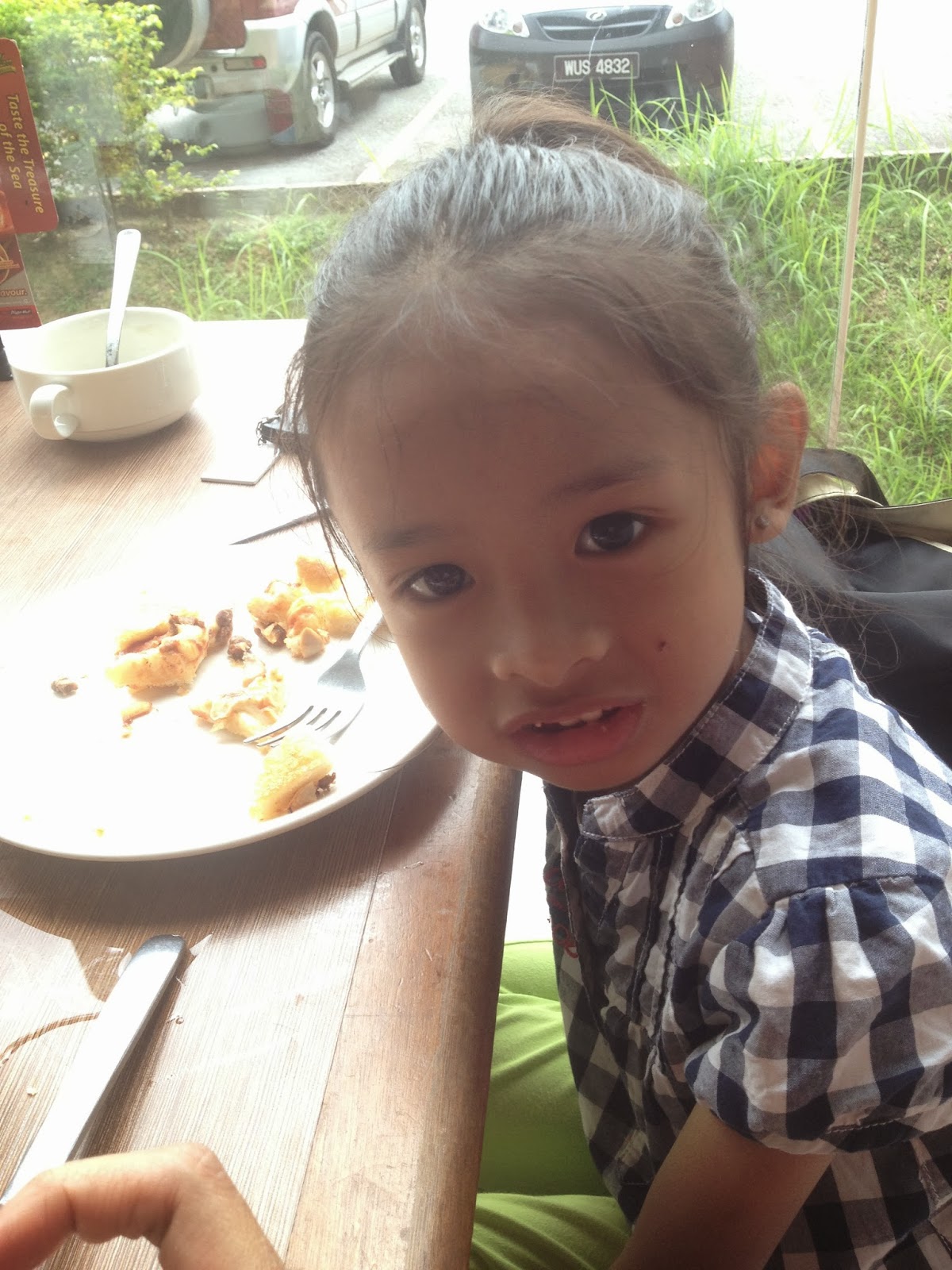 then later we headed over to Aida's house, where the kids had fun destroying Auntie Aida's living room hanging out with Nana, Aida's 4-year old kid. you know la the common equation, kids + toys = best friends. Nana had a whole bunch of toys my kids didn't have, like that toy push-stroller that Dinara enjoys pushing around the house or that toy fishing rod where Dayana would use to pretend that she was fishing. i guess they were happy doing something else other than being cooped up at home all day. they even enjoyed hanging out on the couch watching tv.


we went to SCM for a bit, Aida wanted to show me an alternative route to get to the mall without having me go all the way to section 13. the kids as usual were excited to go somewhere. they were so kamcheng together, it's like they've known each other beforehand, haha. before heading back home, we got the kids ice cream from McD. it was an express trip, i had somewhere to go after that. 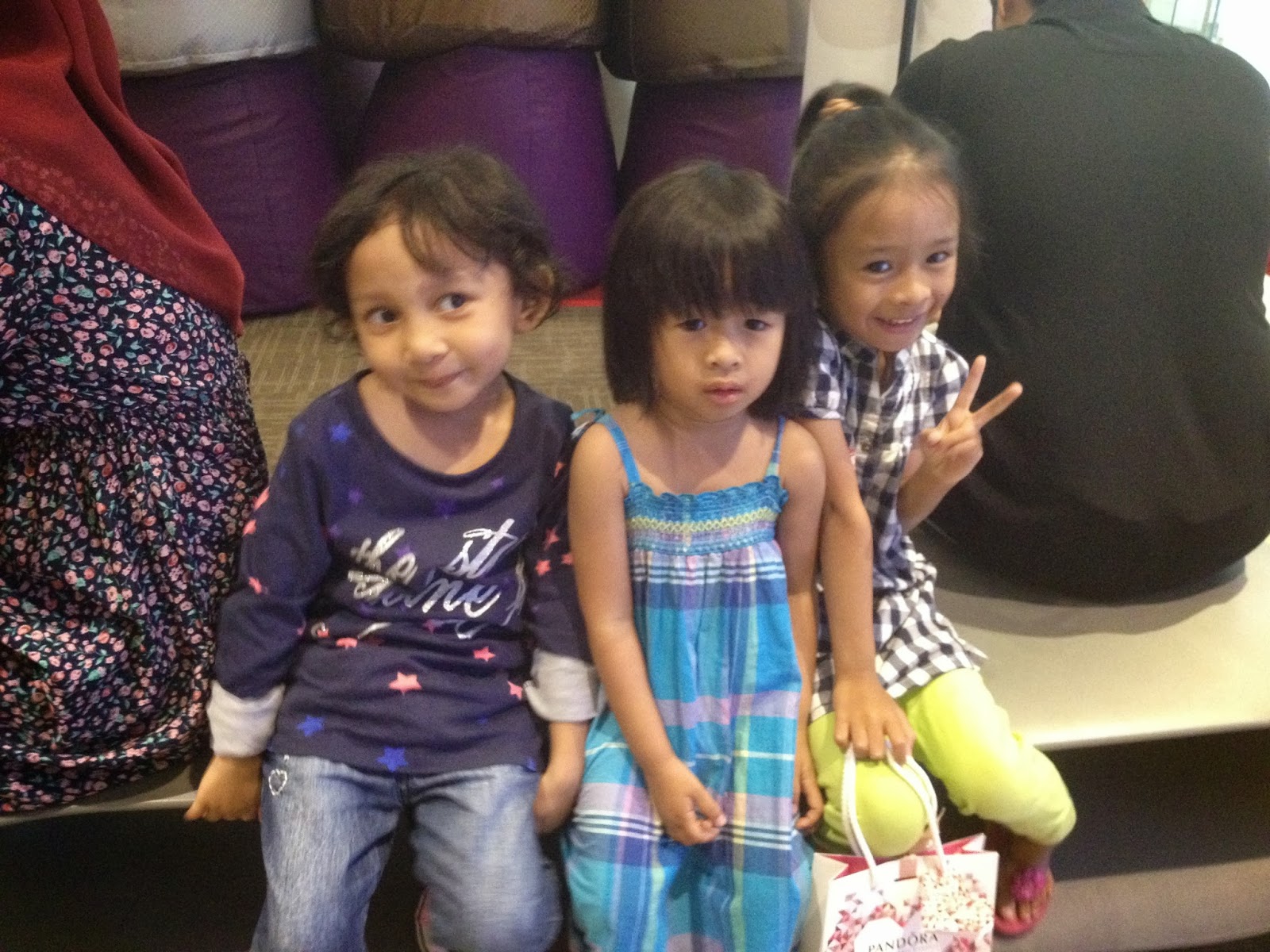 and somebody got into an accident at Pandora... LOL. i like! the kids as usual buat kedai tu macam rumah sendiri, haish.


after sending the kids back home, i rushed over to meet the husband who gave me a crash course in flying the Simulator. very cool, this one. so many buttons to press, so many displays to keep track of. heck i don't know how to split my vision of sight between the displays and looking out the window T__T. i keep saying to Significant Other that a pilot is similar to a bus driver, with the exception of driving in the air. er wait, or was it that a flight attendant is similar to a waitress, with the exception of waiting on customers in the air? i forgot oledi what i said to him hahahah *ducks from all the flying tomato cherries headed my way*

ok so i was wrong, it ain't just about turning left and right. gomenasai!

anyway, anyone interested in getting the experience should head on over. they even have the outfit, peak cap and all for you to pose in =P.