it's the new year and guess who's going to school for the first time ever???
=D

cik kiah kita yang nombor 2 tu lah. kekekeke.
she wails each time we send Dayana at school for her reading class during the December holidays. each time we tell her that she'll be going to school next year. and so the 'year' has come. HOHO.

4-5 year olds start on the 7th. Dayana starts her first day the day after, mostly due to the teachers wanting to have extra hands to handle the new students who would most definitely wail their heads off, my kid included, haha.

seems like there's been an influx of students this year, compared to the previous years. a good sign perhaps? 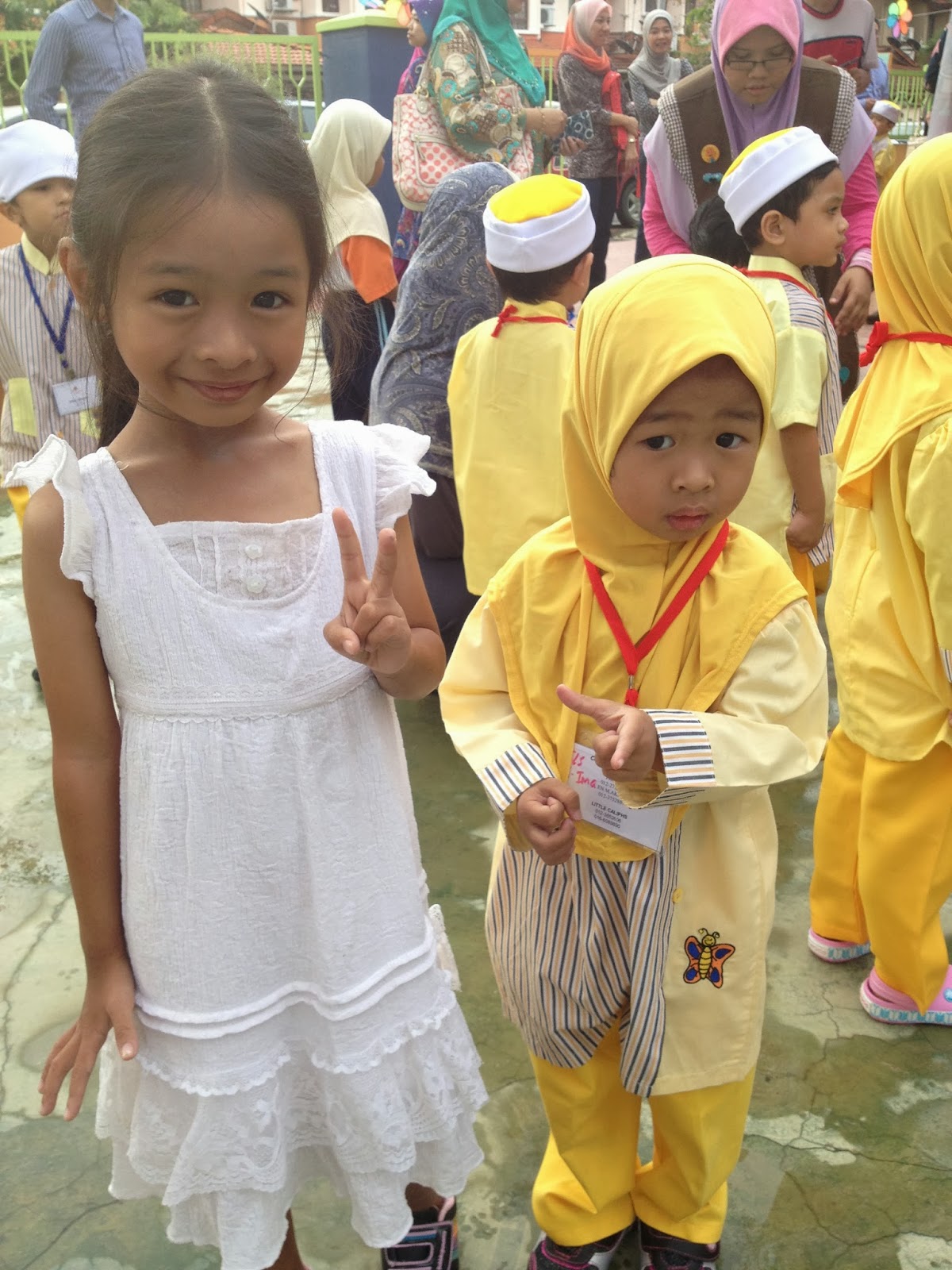 her progress so far?
2nd day: spent the morning sitting in her sister's class *sweat*
3rd day: i couldn't get a proper word out of Dinara but according to Dayana, she stayed in her own class
4th day: class hasn't even started and she's already wailing for her sister *double sweat*

and i thought having her sister around would help with the transition T__T. at least i don't have the problem of dragging her out of bed. the problem starts when we arrive at the school gates. LOL.


this year there are advance classes and one of the requirements is to be able to read English and BM fluently. the Daddy wants Dayana to be in that class so every night when possible, it's Peter and Jane for her. what book would be recommended for BM reading?


btw, Dinara hebat tau in reading. she can read with her eyes focusing on everything else in the room except for on her book T__T.

(more photos to be updated later)

btw, transportation for the kids is difficult to find. and if you do find one, they don't come cheap! maybe i'll resign and become a van driver instead. HAHAHAHAH

also, to start the new schooling year, i got the kids a couple of bag tags. saves the ugliness of having to write their name with marker directly onto their school bags. marker ink spreads on the fabric, so not nice. been thinking of asking my friend to make one for Sophia too (future planning hahaha). norl3y, i pun nak bag tag for my medela boleh? taruk nama ai. kekekekeke (i'm serious).


one night before bedtime Dinara was poring over her Elmo activity book, and one activity required her to find hidden objects in the picture. she was really good at it, being able to find the objects without much help from me.

then there was this object - a red soda can - that had a total of 10 hidden in the picture. she easily pointed out one to me and proceeded to turn the page.
i stopped her and told her that she needed to find 10 soda cans in the picture. she thought for a minute, then pointed to a soda can. "one!" she counted.
and then she pointed to another soda can, and said, "TEN!"