of kids and food

happy Chinese New Year! here's how Dinara decided to usher in the Year of the Horse:

on the first day of Chinese New Year, we spent the morning at home, because nobody invited us anywhere HAHA. semua orang balik kampung agaknya. we spent the evening at Pak Long's house for abit.


the other two goons, found the princess costumes their Nana bought for them and despite almost outgrowing them, they decided to parade in them all around the house. the following photo is their attempt to pose for the camera. the younger one has yet to perfect the art of 'peace'; the fingers she holds out each time for the camera would end up depicting the 'loser' sign if anything. or better yet, it's like she's doing the peace sign rewritten: you better be peace, or suffer the wrath of my hand gun. bahahahahah.

if you look closely at the photo below, you'd see that her face has magic marker all over it. this one ah, not only does she color her coloring book, but also her fingers, her clothes, her face, and sometimes the occasional furniture T___T.


and the youngest? busy eating poop. 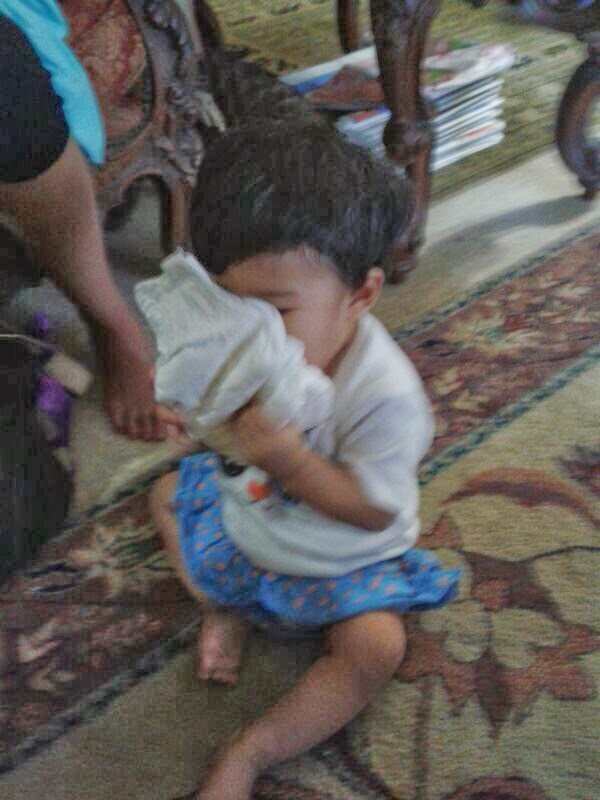 ok just kidding. she has a thing for diapers; give her a clean diaper and that'll keep her entertained for awhile. no need to buy expensive toys, good eh? the other thing she likes doing is flipping through books. not the board-like books, but the normal ones that are so freaking easy to tear into pieces with little grubby hands like hers. she doesn't seem interested in any of the board books i give her, except for the touchy feely ones. she enjoys tearing tissue paper into little pieces too. she loves putting her fingers into her mouth. that brings the word 'finger food' to a whole new level.

the other day at Pak Long's house she was so bored she ended up reading the paper. talk about bo-ring.


no matter. at least she still eats her carrots to compensate for swallowing too much tissue paper. the eldest loves Sophia, despite being smacked at a couple of times each time she tries to shove her face in front of Sophia's line of vision.


that night while i left the two kids at Tok Ami's house while me and the husband got lost looking for Nilai Sports Centre, Dayana asked her grandma a curious question.

have you noticed that at some point in time, your timeline would be bombarded with a gazillion photos of phood food? mine was. first it was kangkung, then poppiah, and then sambal. LOL.

i was lucky to have won a random giveaway by #nomnompopiah, i got to choose the flavor (she offers 4 different types of flavors, i took cheese for f-a-t). you could bake it for a healthy kick or fry it (like i did). next time boleh order lagi yah. btw, thanks sanaa =).


the ones below i got from Siti. she completed someone's order and had extras. her apams are the best. and Dinara's a cupcake monster, so i got the chocolate ones for her. yumm. 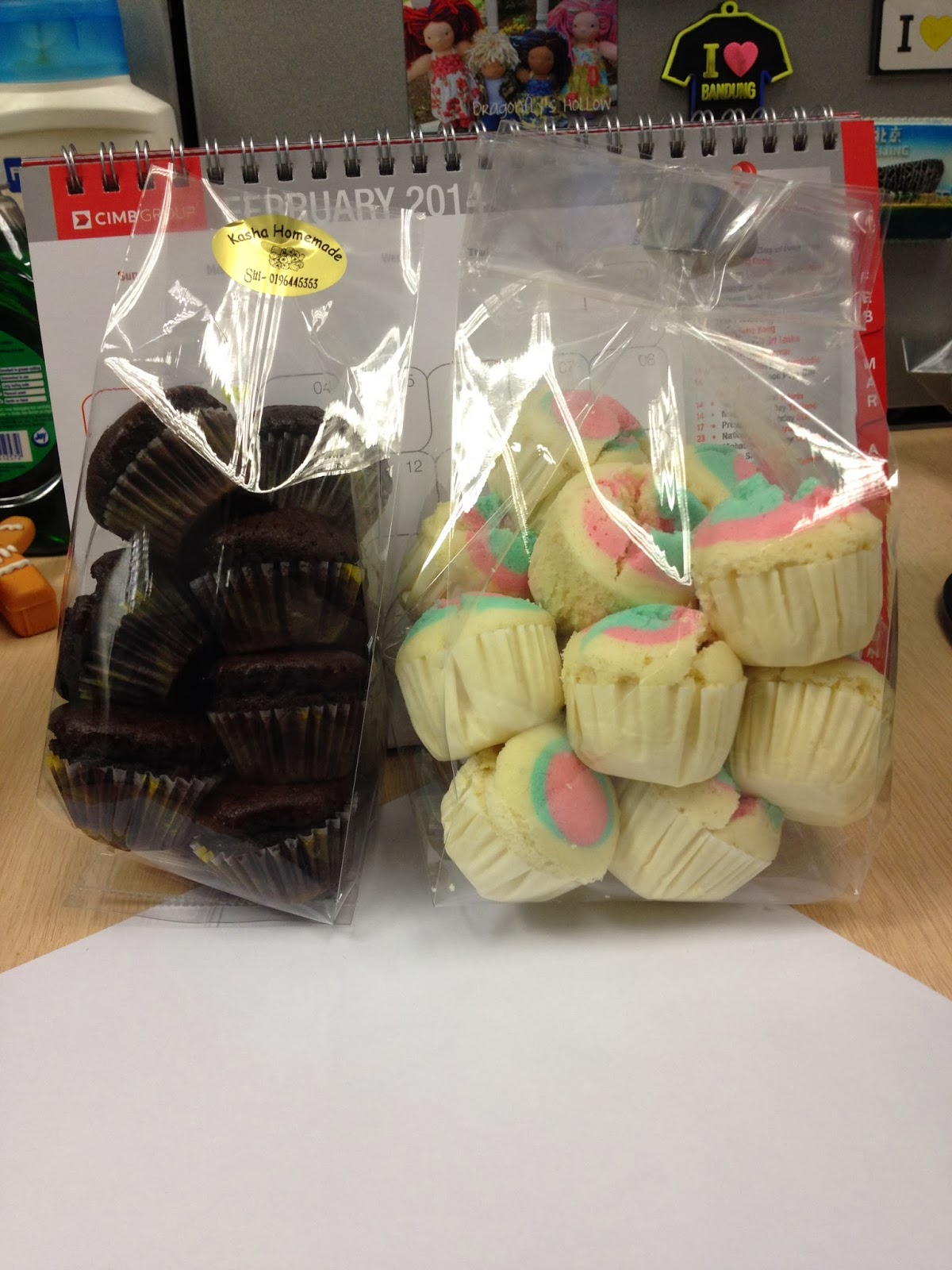 the last food i'm gonna crap about today (just in case you're wondering when my rambling would end) is the #samballetop, which doesn't move me in the least simply because i don't eat spicy to begin with but thought it would be a kick to get a jar for Significant Other to taste because he eats chilli padi like he's eating carrots (which is why his taste buds have gone immune already =P). i've seen dozens of photos people post online on ways they dine with the addition of this condiment, so i guess it must really be something in terms of adding flavor to your existing dish. i just got a jar today, so i'll let you know what he thinks of it. the smell is really nice though. i had one heck of a time trying to arrange a COD with this person hahah.

*update: Significant Other loves it. now putting fault on this sambal for overeating.