Saturday we went to OU with the intention of dropping by Hamley's. and also to utilize my f3 birthday voucher before it expired that weekend.

one of the things we bought was a DOLLHOUSE. the type i've always imagined to get for my kids, and with a reasonable price to boot. you know, those wooden ones with the wooden furniture and all.


Dayana's Sunday swimming classes were cancelled so she pestered me to assemble the dollhouse for her. 'mommy dollhouse mommy dollhouse' was all that i heard coming out of her mouth T__T.

so on Sunday morning Mommy became Handy Manuela and assembled the dollhouse house piece by piece (and there were a many good screws to screw in ok). thank god for Daddy's thomas & dekker screwdriver, which made my life easier. i tried to get Dayana to help out but in the end it think it was easier if i just did it myself. they were too eager to stuff their dolls inside it and i haven't even finished attaching the roof yet @_@

furniture provided with the dollhouse included a bed, a dresser, a bathtub and toilet seat, a tv, a cabinet and a chair.


it's time to overhaul the layout of their bedroom, that's for sure. they have so many toys that i don't know what to do with half of them - mostly stuffed toys which i love - but that isn't the case with my two hooligans who are only intent on fighting over the first thing either one of them touches, sigh.

we found superglue so i glued Cinderella's head back on - the kids have two Cinderella figurines, and both ended up headless thanks to Dinara -__-. i also came across Aurora's body-less head, complete with hair and all (think Medusa). i vacuumed all of their stuffed toys as well (thank you Rainbow) to eliminate dust. can i stuff them into the washing machine? i read from the label of one toys to surface clean only, but i still feel like stuffing a few into the washer to see how it turns out. yay? nay?


anyway, back to Hamley's. nothing beats the one in London though =P but being kids (both the two young ones and the older one, ahem) they seemed to enjoy themselves all the same. while the older kid disappeared among the shelves of toys rediscovering his 5-year old self, D1 and D2 made a beeline for the big barbie dollhouse set up in one corner of the store.


no, we didn't buy them any Barbies, they had aplenty. i practically had to drag them away to check out the rest of the store. we stopped by the drawing station, where they got preoccupied with coloring. we ended up buying a marker set and a coloring book for those two.


Daddy bought himself a Vellfire. HAHA. 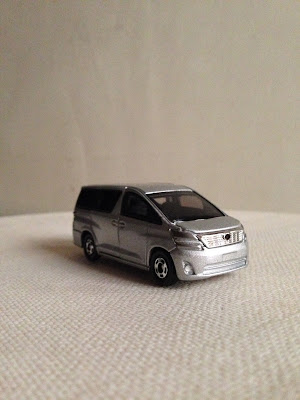 
oh and no thanks to someone's instagram post =P i ended up buying a detangler brush that really wasn't cheap. it really does the job though, hahahah.


one of the tops i bought that day:


where was baby? chilling at home, where she likes it best. she can hold the bottle on her own now, but you need to place a bib around her neck else she'd be bathing in milk T_T. i've already replaced her bottle's teat twice already despite not having any teeth yet, yaiks.


i've watched the second installment of the Hunger Games already, nothing can beat the book though. but book #3 will mostly be about the uprising in Panem, i wonder if splitting the book into two movies can create a spark into the storyline.