they say you need to constantly give him a gentle nudge in order for things to move faster. i kinda agree.

i left the unit in his care for a week + now, so far there's still alot more things to be completed. i called him up earlier this week, he said he'd be done by end of the week. well, today's Thursday -__-

jangan lambat yang terlampau sudah. the curtain people have called, and i'm already starting to feel the strain of overwalking here and there.

the whole place is currently in a mess, i might say. most of the plug points are currently in progress, however he still has yet to start on the lighting. the only completed items on his to-do list are in the photos below. 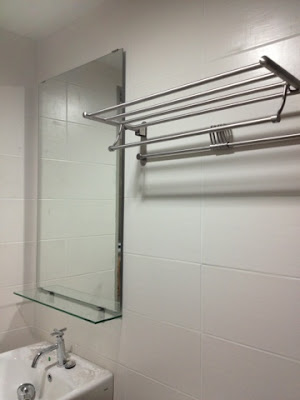 that's the tiny bathroom. i guess i saved by getting the mirror and toiletries stand at Ikea, instead of getting it customized or at the place where i got that towel hanger. luckily the size just just nice too. we overestimated the toilet lights and i had to exchange it for a smaller size. 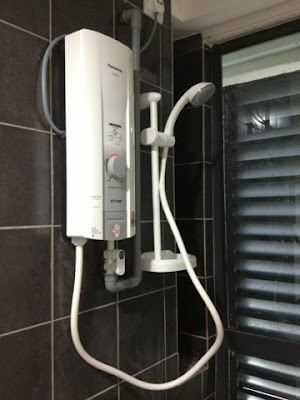 i have yet to test the water heater. did anyone do something to conceal that grey wire in the back? or just leave it as it is? 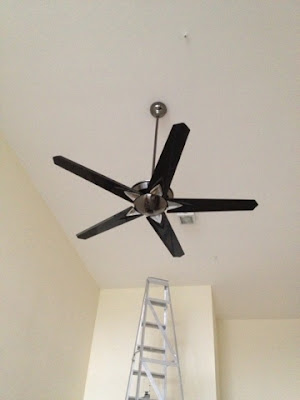 the controversial fan. hahaha. initially we bought KDK for the unit until we realized that the fan needed to be extended and with the way the base of KDK fans are designed, it wouldn't be a proper finish. so i got this classic Deka instead. my contractor was nice to let me view a unit which installed their fan with a 5-feet rod, which seemed a bit too low for me. in the group forums they kept recommending either 5-feet or 3-feet. i got a 3-feet rod for our unit, but couldn't help asking why not 4-feet. someone answered, '4 not good number lol!'. hahahah chis.

oh yeah, the first thing that was completed in the blink of an eye was this: 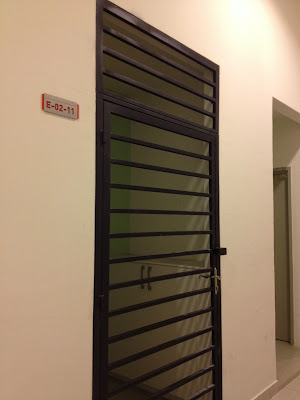 well, here's hoping he does manage to complete it this weekend. the curtain people have called wanting to install this weekend, quite impossible to do since the whole unit's a dusty mess.

in the kitchen:
- add another light point
- install cabinet lights * 3