i noticed recently during one of my Tesco shopping sprees that Drypers came up with a New & Improved packaging for their Wee Wee Dry range. uh oh. 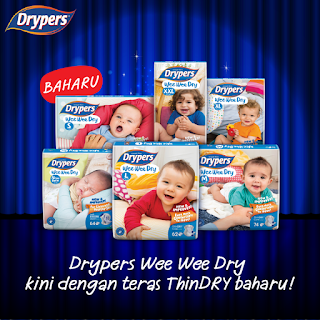 the last time Tesco 'improved' on their diaper range (think Tesco Loves Baby), i waved goodbye to the brand and turned (or returned lol) to Drypers instead. the plus part of Tesco diapers was that it was very reasonably priced, and it worked really well for me too... until they 'upgraded'. boo. i was never a fan of manufacturers improving an already perfect product that had nothing wrong with it to begin with.

generally parents will look for diapers with great absorbency, diapers that are breathable as well as being gentle on their children's bums. i didn't give it much thought when i purchased the new and improved version, since the old ones were non to be seen.

a few days later the maid told me that the new diapers that i purchased were no good, and could i purchase the old ones again? she then started lecturing me (haha) about how the 'new and improved' Drypers were thin (nipis!), they didn't last long (boros!) and tended to leak (bocor!). Emms started getting rashes on her bum and reddish marks around her thighs. that is not good.

then ironically this morning my friend asked me whether i was still using Drypers Wee Wee Dry. hahahha that is so not a coincidence. i thought i was the only one that had complaints about their 'new and improved' product. so i did a little googling and apparently, the majority of the public doesn't like this new packaging too. seems like everyone's been complaining about them, on the Drypers FB page and even in the forums at Drypers club. most of the complaints were regarding product quality - diapers too thin, leaked more often, rashes forming all over child's bum. we'll end up using more diapers just because the diaper is too thin to last more than just a couple of hours. is that the company's new strategy to get us to buy more diapers??? diapers are already so pricey to begin with. grrrrr.


i wrote a lengthy email to Drypers regarding their improved packaging bahahahha. don't know how much good that will do, there's so many people's complaints on their website that were left ignored. they won't be able to rectify the problem overnight anyway. so in the meantime i guess it's time to turn to other diaper brands instead. Huggies, anyone? lol.

btw, has anyone tried Dryper's Touch? i've purchased one pack before but i can't recall if it was good or not. probably i'll stop at Tesco after work later and get a pack and compare it with Huggies =P.


updated 13/7:
i went abit nuts when i said i was going to look for alternatives. diapers are freaking expensive btw. did you know a pack of L Drypers Touch (the gold packaging) is RM50+??? gahhhhhhhhhh. 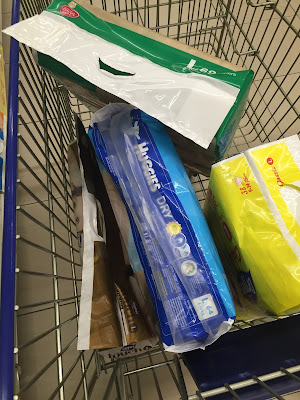