i went for my routinal checkup last Saturday at demc. i thought i was the only one looking forward to this visit, but it looked like there was actually someone else who was more excited than me - my eldest. lol!

she was so excited to enter my gynae's room. said hi to everyone (only my gynae and nurse were in the room, btw), then started babbling away in her own language. whatever my gynae asked her, she gave a very descriptive answer as if she really knew what she was talking about. haha. she was excited as i was being prepped for the usual baby scan, even insisted to sit by me on the cramped bed and stare at awe at the monitor even if she didn't even know what the heck she was looking at. when my gynae asked her if she was talking in german, she happily agreed. haha. i don't even need to teach my daughter another language, apparently she already mastered a language on her own, keke...

on the other hand, baby #2 now weighs at 2.3kg. my gynae is optimistic that this little one will be slightly bigger than Dayana, seeing that i still have about ~4 weeks to go before i reach week 40. and even then i'm secretly hoping i deliver earlier - Dayana was born at week 38, 2 weeks earlier than her EDD. but so far i've only gained about 10 kilos compared to last time (i was my heaviest ever at 53.5kg haha), i think this baby is leeching all the nutrients from my system it's no wonder that people take one look at me and don't see any form of weight gain (except for my belly of course, sometimes i get scared looking at my big round tummy in the mirror hoho). i'm supposed to go for another checkup this week, but can i procrastinate and go for the next week instead? to pay about rm100 per visit is crying murder, especially when everything in my case is sdn. bhd.

i dunno how Dayana will act as an older sister when her sibling pops out later. i cleaned the baby car seat last weekend and she was so into trying to get herself seated in it (we don't have a toddler car seat for her, sungguh kedekut her parents ok huhu). in the end decided to get herself stuck in her bumbo seat (which i am glad i didn't end up selling before). am planning to get a tandem stroller for the two kiddos just in case a 'somebody' decides to get jealous, a very special thanks to that very nice person who's currently holding one for us =). i've already prepped most of the baby stuff for the arrival of the new squishy, minus a few things like the baby cot and its accessories. i'm trying my best to go minimal this time, but i can't help feeling like i 'want' some stuff instead of actually 'needing' them =P don't we always?

i noticed that recently Dayana loves to speak and her words with '-la' (ala-ala chinese speaking). like: "nak elmo-la" "ade-la" i dunno where she got it from. even my parents were wondering the same thing. hahaha. there's a short cartoon skit on Playhouse Disney called Boowa & Kwala where one of the character would always end sentences with -la? but Dayana's not a big fan of the show. her Daddy says it's because she's got chinese blood in her *roll eyes*.

she's getting really naughty these days up to the point that i've already lost my temper on a few occassions, sigh. probably because i'm irritated that i'm always feeling tired and heavy most of the time. 'belat', in Dayana's words. lol.

is anyone out there interested in property investment? Significant Other is a huge fan. we went for a property expo the weekend before and we got complimentary tickets to attend a talk by Milan Doshi held at Cititel MidValley last Saturday night. i've heard him speak at an expo in MidValley recently in May and i really enjoyed his talk (some speakers tend to drone on and on until i fall asleep). according to him, you can actually retire within the next 5 years by just accumulating about 3 million in loans, haha. tak percaya? he's done it. he's happy. why not you?

now imagine - even at 36 weeks, i was dragged to the never-miss PC-fair event on Sunday, lol. luckily Ashu was around to relieve us of Dayana, so it was only just the two of us (malas wanna enlist the maid's help, she isn't much of a multitasking person, sigh). it was rather late when we arrived at the fair, the crowd wasn't really body-to-body as i would have expected it to be (which was a real plus to me).

i bought an external harddisk, my current one has exceeded its limit and i need space to store photos of Dayana and the otw-squishy. Significant Other bought more RAM, thumbdrives (with bigger storage limit, i am jealous that his new pqi thumbdrive is really cute =P), and an Apacer player that can play different types of file formats (this was not in his original list). 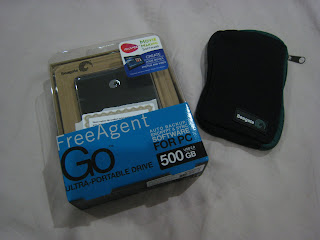 i have too many photos to store @_@

ok i'm signing off now. to those who are expecting parcels from me, i apologize for not sending them on Saturday, TM Unifi camped out the whole day at my house (and unfortunately with very little progress) so i wasn't able to snake away earlier. i'll try to get them posted out by the week end, okay? thank you for understanding - i hope!
from my rose garden, E`n1x at 10:51 AM

Ello Penguin. You think you can make it to see Elmo? ^_^

cuppycakemommy: thanks! i hope she's a ramadhan baby. although it would be kewl to get a raya baby. hehehe. tgklah the mommy larat or not.

mawar: thanks, same goes to you and your family =)

far: chis. tp tu la. it would be my very first concert (as well as Dayana's) if i were able to make it... huhuhu~