gem of a purchase

if only Malaysian store salespeople were as friendly as the salespeople in the States are. i'd be glad to spend a lot of $$$ if they only took the time to make it their point to care about their customers. but that's another story. i just wanted to blog about some of my finds here =P.

finally, finallyyyyyyyyyyyy... the RPG game i've been anticipating since last year ever since the Japanese version first came out has finally been released in English!!! *woot woot* and i also got meself the official guidebook too! =D =D (kak ish sungguh jeles, jangan marah ok). 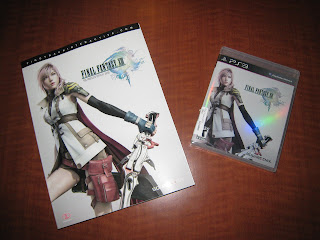 final fantasy XIII!!!
i also took the opportunity to own my very first pair of Levi's. well, two to be exact, because they're sooo cheap here, much more cheaper than in Malaysia. i've never even thought of getting myself one in KL, even though Hani keeps saying to me that my size is always available during their sales, lol. 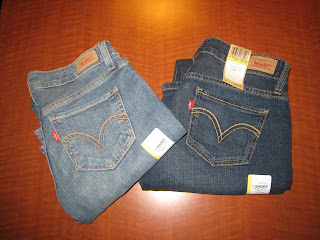 in two different shades =D
i seem to be buying more for Dayana these days. the jeans are the only apparel i've gotten for myself so far. it's either the hormones are still in effect or i just lost interest =P (for the better? or soon to be for the worse?). Medela is also cheap here. actually, baby stuff is dirt cheap here T_T. i'd borong every single Medela item here - along with whatever 'rubbish', as lix puts it, haha - if i could. i could stay in Babies r Us for hours on end just staring at each item in the store, lol.

insyaallah since i'm getting the opportunity to put my FS to good use again in the future, i purchased spare parts for it. even after state tax, everything is wayyy cheaper than getting it in Malaysia. 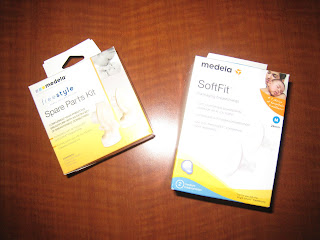 huwaaa!! bestnye jalan-jalan bersopping di US!! good thinking of buying the medela stuff in the US. and babe, I now know what you meant when you told me "i wish I couldve kept some of my pregnancy weight"

liyana, seems like you don't need any tips from me then. hahaha!