came here last weekend with the elder two kids after swimming class. someone mentioned the roti canai here was very nice, worth a try. so after looking up the location on waze, off we went.

everything on the menu looked interesting. check out the different types of roti you could order. 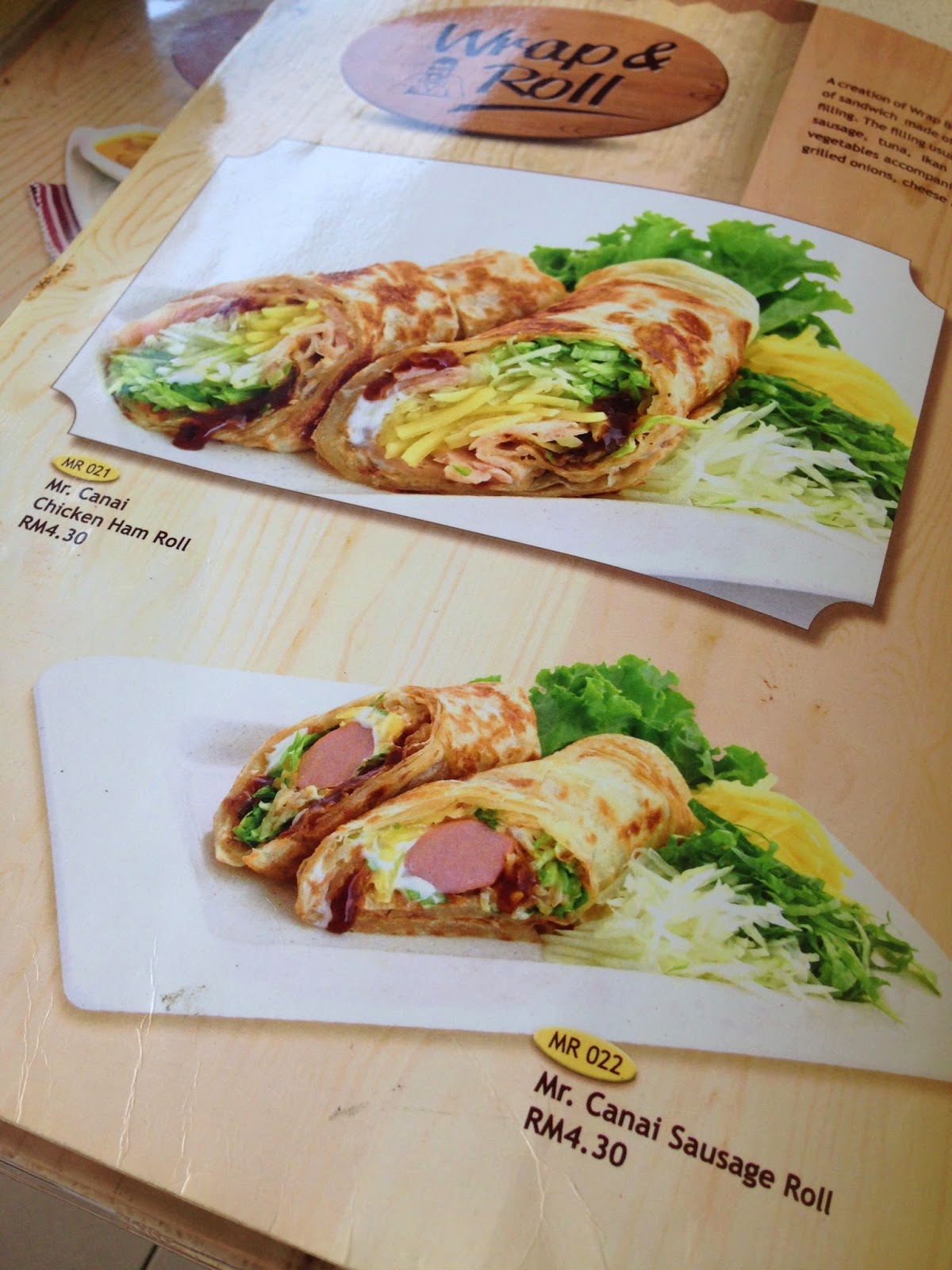 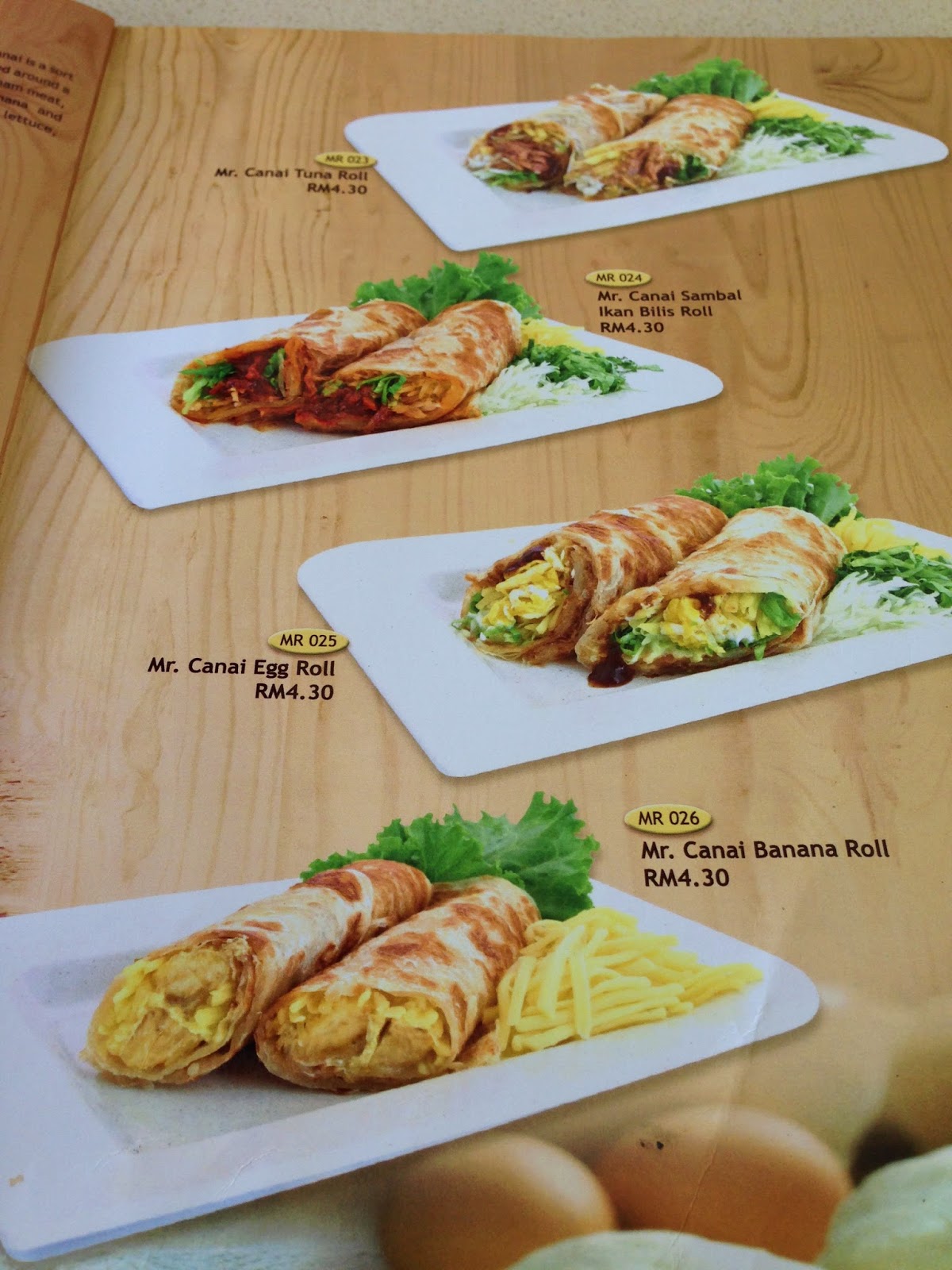 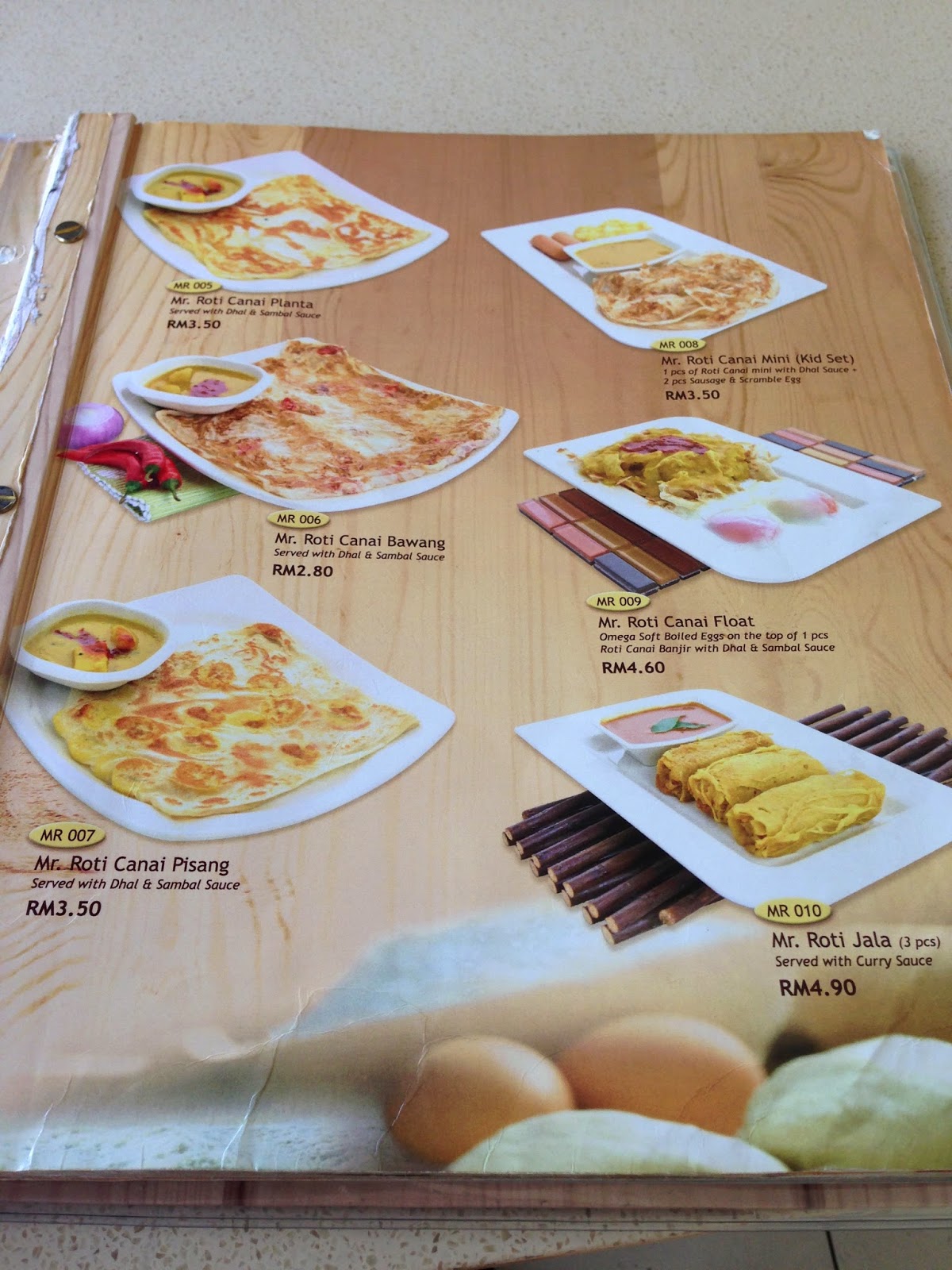 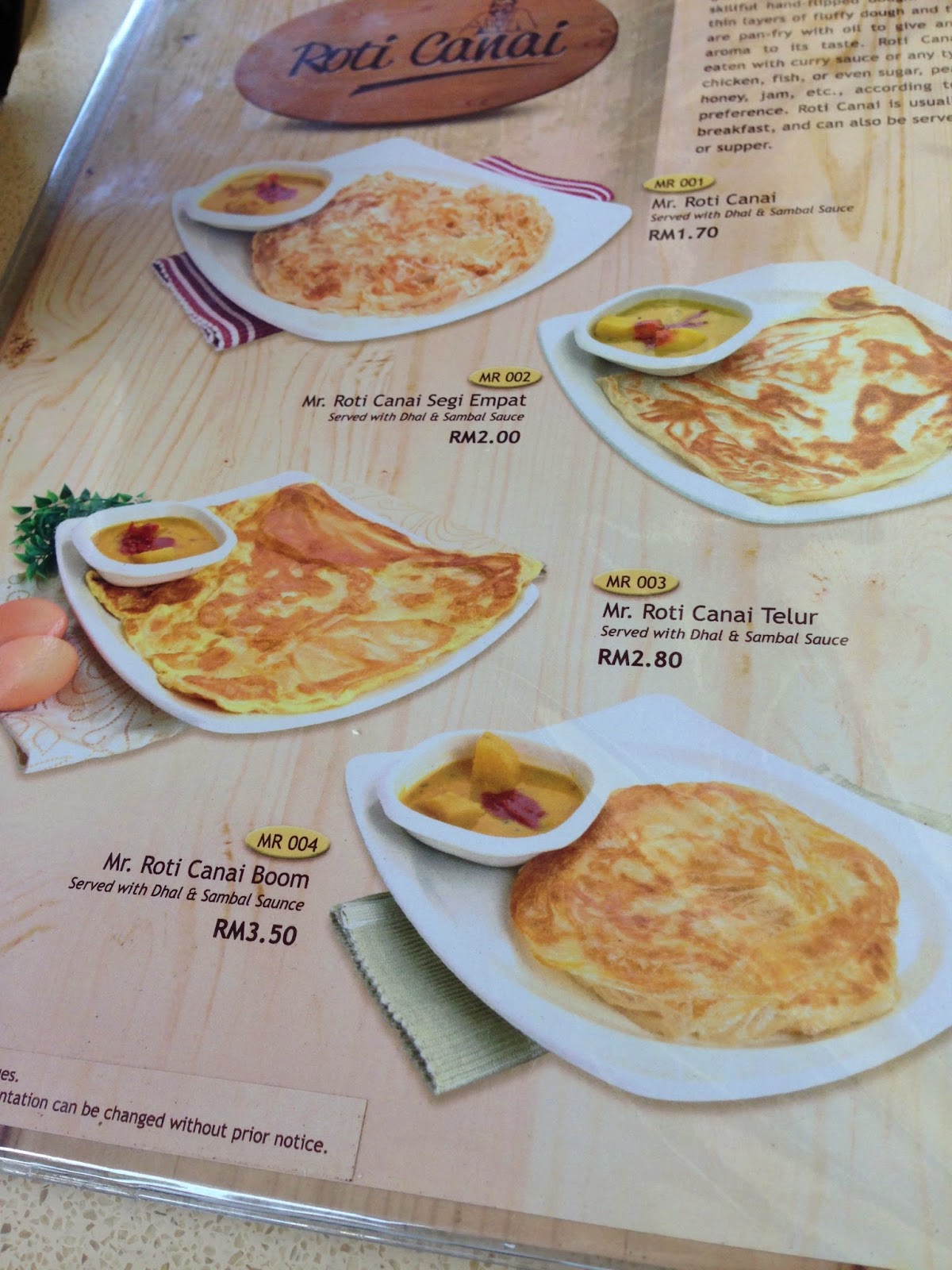 there were selections of nasi lemak and noodles to choose from as well, but let's just concentrate on the roti first, ok? (lol they're not called mr. roti canai for nothing lulz). i think their drinks were so-so. the teh ais was kinda bland. the service was ok, there weren't many people anyway. are they always like that? i'd categorize them at a higher level than your usual mamak, lol.

my kids were a roti fan,so they happily got their dose of roti canai + roti telur. and for something different, i tried the egg roll. Significant Other says it looked like a kebab -____-. when i was googling for the address i came upon someone's blog mentioning that the roti canai float was worth a try (and it also reminded me of roti dholl, the one roti we didn't get to try when were in Alor Setar last time lol) so i tapau-d that for Significant Other. the only roti canai in the menu that came with two soft boiled eggs. i'm not really a fan of soaking wet roti, but he said it was nice.