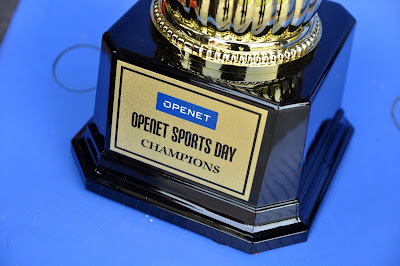 last Saturday was my company's Sports Day. the whole office had been randomly split into 8 teams and for the past 2 months we've been having mini sports competitions between the teams in the office, before building up to the main sports day event.

i got stuck in assigned to team SIX. a great competitive bunch these people are. you have to salute them for originality in team name, no?

upon completion of the mini sports competitions, we placed second overall, after team 2. the main Sports Day on the 26th would determine the overall champion. being present on the day of the event was a choice, but you'd contribute 5pts each for your team. so naturally, our team leader threatened each and every one of us on the team to come... or else. bahahahah. 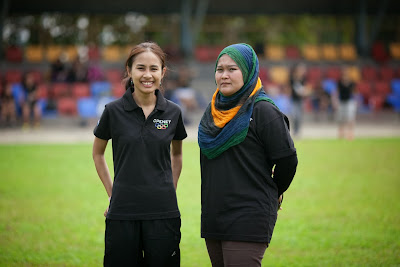 you'd be surprised at how much hidden talent there is among the staff. hahahahah. i was away in London when most of the games were being held so i didn't manage to participate (*phew*). but i did join the main event to show team spirit. there'd be free food, so ok what =D. it isn't always the company holds events like this that forces bonds the staff together. heck i didn't know we had that many staff until i saw them running around the field that day, some of whom i've rarely or never seen before =P.

on the day of the main event there were 6 games that each team had to participate in. prior to the day itself we only knew the name of each game but we had no clue on what the game was about. i got there late because apparently people kept saying the venue was 'next to AnW' but they never actually said which AnW. haiz.

games during the main event:
- stay sober: a drinking game haha
- around the world in 10 days: a dizzy game
- bend it like beckam: a rolling on the ground game
- gone with the wind: catching ping pongs in teeny containers
- catch me if you can: dodgeball
- opene*t next top models: erm, parading around in coconut bras bahahahah

one advantage we had over the rest of the teams was we had the company's photographer in our team, so naturally alot of camwhoring was done. thanks Azan!

bits and pieces of the game i participated in: opene*t next top models.
note that the wastepaper basket had to replace the fairy skirt because the size was too small to fit the men, LOL. 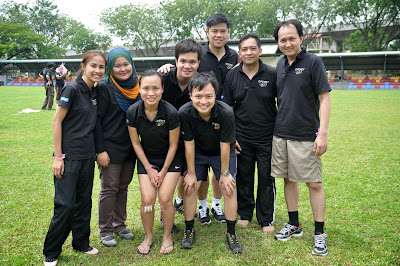 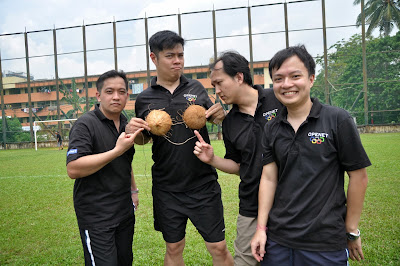 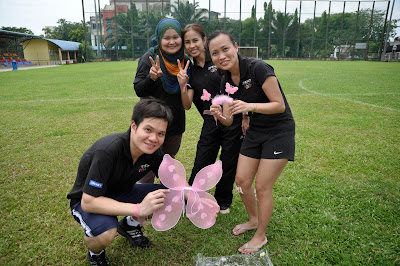 i left right after the last game, the event was already running late and the midday sun was busy doing its damage. surprisingly we tied first place with team 2, yay! and since nobody predicted there would be two winning teams this year, they ended up with a deficit of medals, heee~. aaaand we had to share a trophy - i don't think they were gonna be ordering another one, it's gonna be kept in the office anyway haha.

so... until next year, everyone? 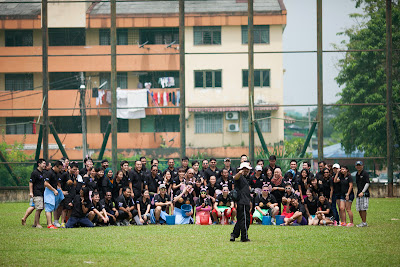