whenever we pass through Alor Setar it never fails for Significant Other to request for two things:
- dinner at Riverbank; and
- supper at KoeyTeow Iman.

Riverbank has been an old restaurant where my family frequented during the weekends back when we were still living in Alor Setar. the owners practically know my dad since we go there so often. they serve pretty decent Chinese food. even the owner recognizes me sometimes when i go there without my dad. 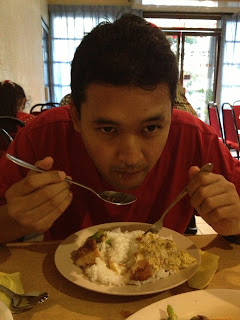 my family usually order steamed siakap thai style, but unfortunately for me i'm the only one fond of fish, Significant Other would only take a few bites before he declares himself fish free. so this time we didn't order fish.

the dish on the left in the photo is tauhu tiga rasa, i think, haha. i seriously don't know the actual name of this dish but i have a photo of it stored in my phone =P so i just show them a picture of the dish whenever we order haha. the tauhu is super crunchy, the sauce is really sweetish sour gitu. the husband would always request this without fail.

the dish on the right is egg foo yong. my dad loves this. i would say we love the usual telur dadar better, too many bende asing to our liking. 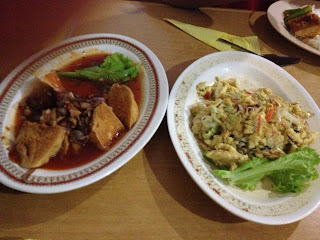 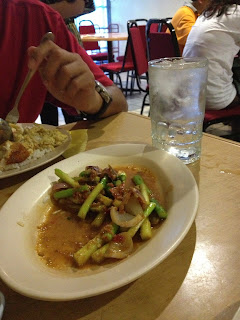 forgot to snap a picture of the beef dish when it arrived. sudah mau habis baru teringat oops. errrr sizzling beef me thinks? this is what happens when you order off the menu... 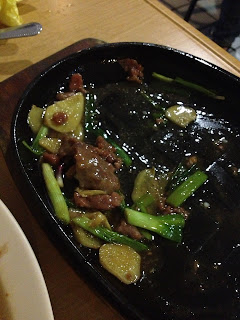 budak ni enjoyed herself immensely. she's so into spoon feeding herself you know? a good thing in a way, not so good if you have to contend to cleaning up after... she spilled chocolate ice cream all over the front of her WHITE blouse!!! *cries buckets*. oh oh and she insisted on emptying a spoonful of sambal belacan into her mouth after i warned her not to. tau takpe, on fire lah lidah dia, bwahahahahha. she got me to wipe her tongue clean with a tissue to get rid of the aftershock, lol. 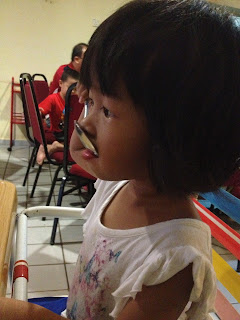 evening sightseeing after that. Significant Other got me to take a photo of the tower (apa la nk dibanding sangat dengan KL tower heu~). mentang2 he's been up there before and i haven't. passing by, yes zillions of times. climbing it, not yet. 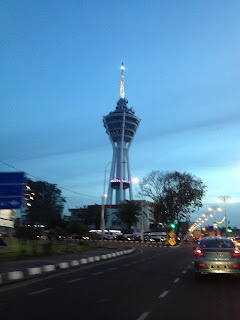 then someone had a little walk down memory lane. whoever's schooled here before would know, i have never been to this area despite staying in Kedah for more than 5 years. 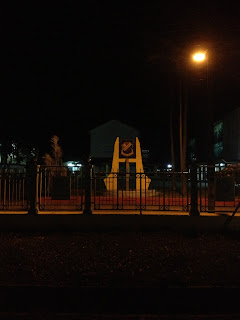 we abandoned Dinara for awhile to have this! i don't understand what's so nice about it but like Significant Other, i like their koeyteow! there's so many types of koeyteow to order on the menu (including 'koey teow super telur' which Significant Other thought to have some big special egg or something, rupa2nya the only thing special about it was it had prawns, i think). 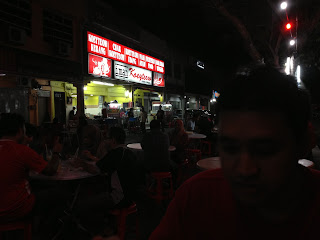 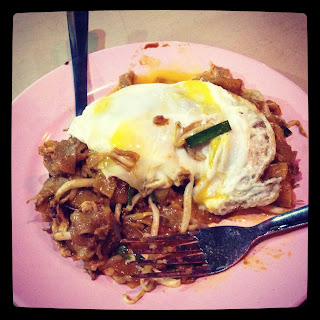