here's a few movies i've watched within the past month that's worth mentioning. 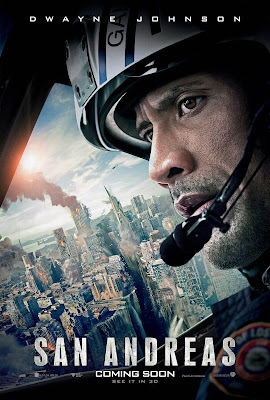 ... not long after that, a series of earthquakes erupted.
or was it the other way round? hmmmmm.
the only movie i don't like the Rock in was GI Joe. that movie sucked.
Significant Other thinks Alexandra Daddario is hot.
when in doubt, always keep a plane or heli at bay somewhere. 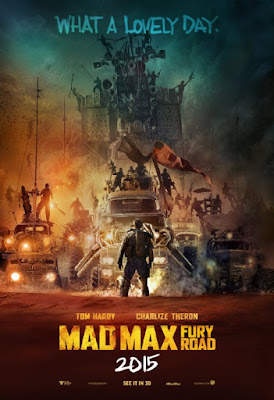 i would recommend that you not view the trailer before watching this, like i did.
i dreaded watching the movie, until i was dragged by Significant Other to watch it with him.
however my opinion turned 360 degrees after that, haha.
it is not your typical movie.
i didn't even watch the previous Mad Max movies (previously played by Mel Gibson, now played by Tom Hardy).
but i seriously enjoyed the movie. hahahahaha.
just watch lah. see what i mean.
Nicholas Hoult has a role in the movie (think the Beast, Warm Bodies). lol. 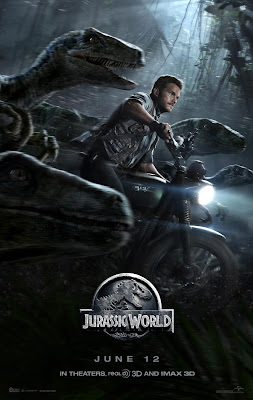 who thinks CHRIS PRATT is HOT???
*raise of uncountable hands*

who thinks RAPTORS are hot???
*cricket noise from the ladies*

lol just kidding.
i can still remember watching the first ever Jurassic Park movie, and am definitely not gonna miss the latest installment.
who doesn't remember that toilet scene??? haha. morbid memory.
the movie's score has always been epic, and always will be.
funny how nobody reprised their roles from the first movie (no, that Asian guy doesn't count).
the first movie to have the dinosaur park fully functional.
gosh, i so want to ride in a gyrosphere.
oh and i want Claire's car - the Mercedes GLE Coupe. 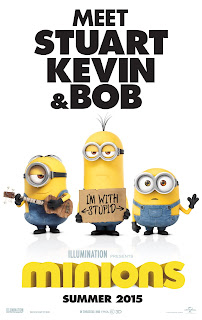 bring the kids along.
Sophia, being the 2-year old that she is, was simply enthralled by the Dinosaur, Scarlet Overkill, then halfway throughout the movie got bored and decided that sitting in my lap and feeding me popcorn was much more interesting.
lol.
anyhow, the movie's not as boombastic as i thought it could be, but it's still very worth the watch.
who DOESN'T LIKE MINIONS???
Scarlet Overkill's character could be more evil, but hey, they call it the Minion movie for a reason.
oh, Bob knows abit of Malay. did you know? haha.
stick around until the end credits for music sung by the cast, if you're into that sort of thing.