Dayana finally got her first Barbie doll, no thanks to Toy Story 2. she kept asking me to buy Barbie each and every single day when i got back from work, but i told her to go ask her Daddy since Mommy sudah bankrupt. so the Daddy came back last weekend and brought the kids to Toys R Us. i asked her if she wanted Woody, she said takmo. haha (i did find Buzz Lightyear on one of the shelves. pun dia takmo). 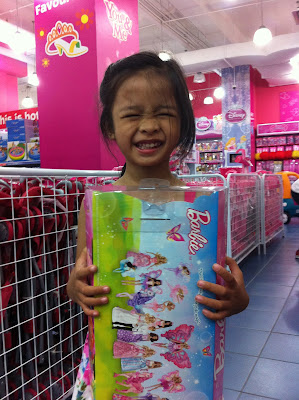 with her first ever Barbie
chis. Barbie doll lagi laku dari Bamboletta? i used to have a collection of Barbies. Mommy threw them away i think. haha. 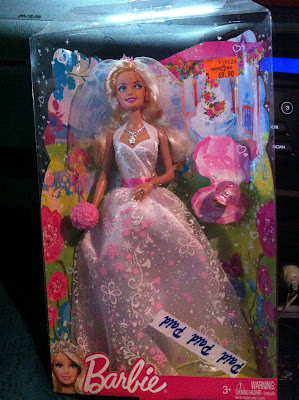 the Daddy helped her choose the prettiest one @_@
the younger one, she didn't have anything specific in mind. she's easily swayed - hand her something better than the first, confirm she'll take the latter. 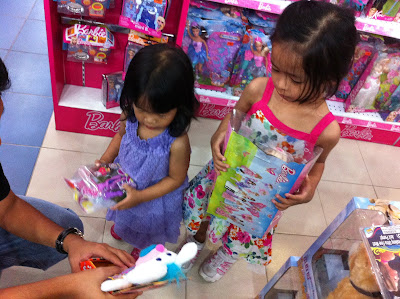 Daddy trying to bribe her with that weird noise making doll, tapi macam tak menjadi je hahah
but! she did find something she seemed to enjoy. first... spot the little one. 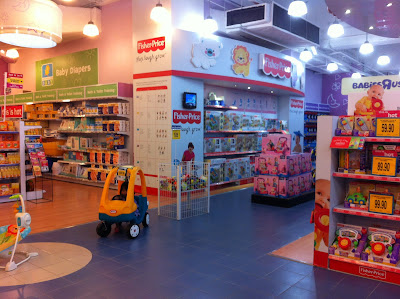 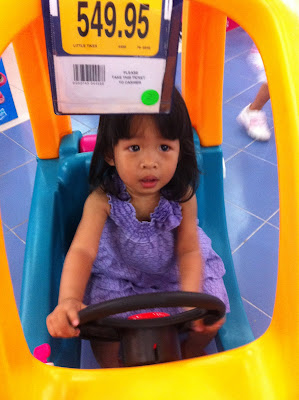 potential F1 female driver hahahah
once she was in, she refused to come out. she was so contended in the car that she didn't mind us abandoning her. she started talking to herself, turning the wheel, imitating sape ntah i pun tak tau LOL. tapi... tengok lah harga dia @_@

i think i might need to get another Barbie doll. sometimes Dinara plays with Dayana's Barbie whenever she doesn't notice.

mil is in UK now for two months. Tuesday night we sent her to the airport and brought the kids along. Auntie Enn came along as well. during dinner with mil last Saturday their Auntie bought Dayana a Hello Kitty stuffed toy (eergh, i don't like Hello Kitties!!!). so this time round at the airport she gave Dinara a Happy Meal toy - a small toy car.

seb baik Dinara wasn't so interested in the toy since she was more interested in hijacking Auntie Enn's coke straw. i told Dayana that the toy tu adik punye, but she still doesn't get the concept of sharing and sendiri declare the car hers. sigh.

while waiting for mil's flight to board, i gave rm1 to Dinara to play with, and as usual si Dayana pun mau rm1, so i told her to get it from mil or Auntie Enn =P. then not long after running around the airport she came up to me and asked, 'Mommy, where's my singgeringgit?' i blur kejap, until i found out that mil ajar dia cakap 'singgle ringgit', haha. 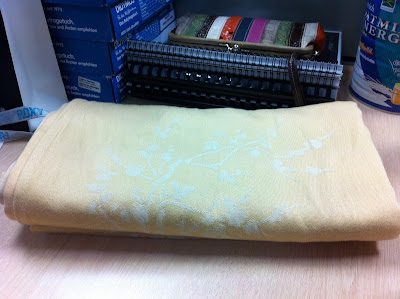 so... this is officially the first wrap i sold, regretted, and bought again. LOL.
from my rose garden, E`n1x at 5:14 PM